Five of the best used four-wheel-drives for under £10,000 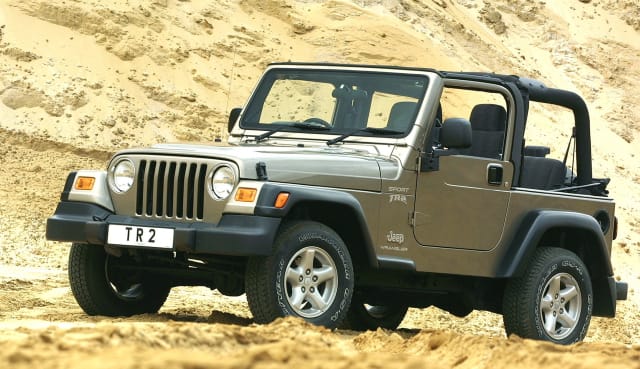 The dream of going off-road is one which inspires many to get their own four-wheel-drive vehicle. And though we’re all having to stay inside – for good reason, too – this period can be used as a great time to research your own used off-roader.

Fortunately, there are plenty of examples out there at the moment and, with our budget of £10,000, they’re not too expensive either. Let’s take a look.

Let’s start with one of the most iconic, shall we? Though the new Land Rover Defender has already been introduced, the original is still a behemoth of the off-roading world. Though reliability has often been called into question, it remains one of the best in the game.

Our £10,000 certainly won’t net you a dealer-fresh example, but it should be enough to find a clean version in either 90 (short) or 110 (long) wheelbases.

The Defender may be seen as the UK’s greatest off-roader, but if you were to ask drivers around the world which off-roader they’d lean towards, it’d likely be this – the Toyota Land Cruiser. A favourite of terrain-bashing motorists the world over, the Land Cruiser is solid and dependable – as well as formidable off-road.

There are plenty of generations to look through, and though our budget won’t net you one of the latest models, it is enough to secure an early-2000s version.

We now turn to America and the all-conquering Wrangler. With a basis in the iconic Willy’s Jeep, the Wrangler has nearly the same amount of heritage as the Defender. It does many things in the same way as the Land Rover, with simple riveted panels and being mechanically robust underneath.

The 2019 Wrangler is available now but sadly far exceeds our price range. However, it’s enough to nab one of the previous-generation cars, which is still excellent when it comes to mud-plugging ability.

Though the Suzuki Jimny might be on the more entry-level area of the off-road segment, it shouldn’t be underestimated. It punches far above its weight when it comes to tackling the rough stuff and it’s got an impressive reliability record too.

You’ll be able to get a really good example of the first-generation Jimny, as the most recent model will likely be out of reach.

The dinky little Daihatsu Fourtrak is David to the off-road world’s Goliaths. Small it may be, but the Fourtrak is sensational off-road, with its low weight and sturdy mechanicals combining to allow it to shine when things get tricky.

Our £10,000 budget will easily net a pristine example, and running costs shouldn’t be too scary either.