The people who founded the world’s biggest car companies 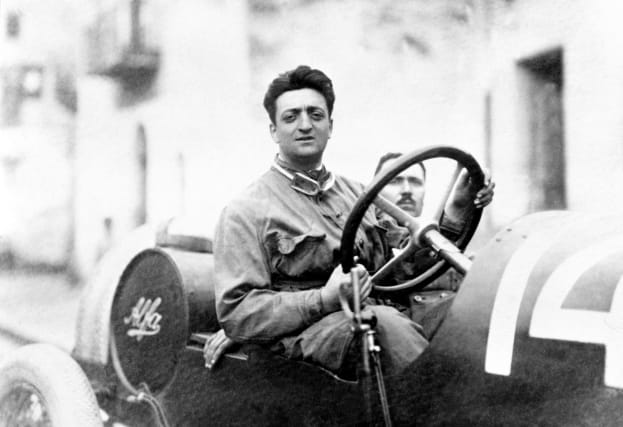 The majority of mainstream car manufacturers have been around for so long it’s almost impossible to think of them as anything other than a faceless corporation.

However, they all started somewhere, with many of those that have been around the longest getting their name from their founder.

We’ve brought together some of the most famous names in the car industry and explained the origin story of the companies they created.

One of, if not the most famous names in the car industry, Henry Ford was an American industrialist and businessman who founded the Ford Motor Company in 1903.

His greatest gift was creating the first affordable car, having been the first to properly develop the assembly line technique of mass production. The Model T revolutionised transport and began the car on its journey to become the world’s primary mode of transport.

In 1895, in the city of Mladá Boleslav in what is now the Czech Republic, Václav Laurin and Václav Klement started selling bicycles together. The pair then moved on to motorcycles – essentially bicycles with an engine within the frame – and by 1905, were selling their first car.

The car was made under the L&K brand, but in 1924 the factory was partially destroyed in a fire. This led to a merger with Czech engineering firm Skoda, and the car manufacturer would survive two World Wars and socialist-era planned economy to still build cars today.

Enzo Ferrari was a racing driving in the ‘20s before setting up Scuderia Ferrari, a racing team that specialised in preparing Alfa Romeos for other drivers to compete in. He ultimately moved on to build his own race cars but was halted by the outbreak of World War Two.

Ironically given the iconic name it has become, Enzo Ferrari didn’t actually want to build road cars, but reluctantly started to do so to fund the Scuderia Ferrari racing team. The first road car was the Ferrari 125 S, powered by a 1.5-litre V12 engine, and went on sale in 1947.

Lamborghini started life as a tractor manufacturer – and it still makes them today, in fact. However, in an interview with American magazine Car and Driver, long-time Lamborghini test driver Valentino Balboni explained how the sports car arm came to be.

Ferrucio owned two Ferraris, and would regularly burn through clutches. He eventually decided to ask his own tractor mechanics to fix his car rather than keep paying Ferrari to do it. He was angry to discover the clutch was a generic part that he also used on one of his tractors.

One day he met Enzo Ferrari and aired his grievances, to which he replied: “You are a tractor driver, you are a farmer. You shouldn’t complain driving my cars because they’re the best cars in the world.”

This, unsurprisingly, angered Lamborghini, who vowed to show him how a sports car should be built. The rest is history.

Soichiro Honda was born in a small village near Mt Fuji in Japan. After six years as an apprentice mechanic in Tokyo, he returned home in 1929 to open a shop that made piston rings, but a wartime bombing and devastating earthquake meant he had to sell the remnants of his business.

In 1946, he had an idea to use surplus generators from World War Two to power bicycles. The idea was a huge hit and he struggled to keep up with demand as he developed the idea further.

In 1948 he teamed up with businessman Takeo Fujisawa to create the Honda Motor Company we know today. It started building motorbikes before adding cars in 1963.

Walter Owen Bentley, who preferred to be known as W.O. Bentley, started Bentley in 1919 after receiving £8,000 from the Commission of Awards to Inventors after he received an MBE for contribution to the war effort – his aluminium pistons were fitted to fighter planes and were more powerful and reliable than what they replaced.

His policy was simple: “We were going to make a fast car, a good car, the best in its class.” It planned to build road cars that were essentially race cars with luggage carrying abilities.

After initial reluctance to compete at the Le Mans 24hr race, he changed his mind after a customer car came fourth in 1923. Bentley would go on to win five out of seven races after that.

Along with his son, also called Ferdinand, Porsche Sr. started the Porsche car company in Germanuy in 1948, aiming to be known for making great sports cars and race cars.

Porsche Sr. had worked on Daimler-Benz vehicles in his independent design and engineering firm, and was behind the design of the Volkswagen Beetle. He’s even credited with building the world’s first petrol-electric hybrid vehicle.

The first car built by the new Porsche company was the 356, using a souped-up, rear-mounted Beetle engine that made 40bhp.

The iconic luxury car manufacturer was born in 1906, when electrician and mechanic Henry Royce teamed up with high-quality car dealer Charles Rolls.

Royce had built his first vehicle in 1904 and signed an agreement with Rolls that would see these vehicles sold exclusively by Rolls’ London-based company under the name Rolls-Royce.

Because it was such a success, the pair created the Rolls-Royce company and launched the six-cylinder Silver Ghost, which would quickly be known as the best car in the world.

It’s almost impossible to talk about Tesla without mentioning its controversial CEO Elon Musk. However, you might be surprised to learn that although he played a huge part in its success, he didn’t start the company.

That was electrical engineers Martin Eberhard and Marc Tarpenning, who were motivated to start their own electric vehicle company in America after GM cancelled its EV-1 project in 2003. Tesla Motors was incorporated the same year.

Elon Musk joined in 2004 when he invested $6.5 million (about £5.2m) during the company’s first round of investment. However, Musk took an active role in advancing the company and its vehicles, helping it avoid bankruptcy to ultimately become CEO himself in 2008.