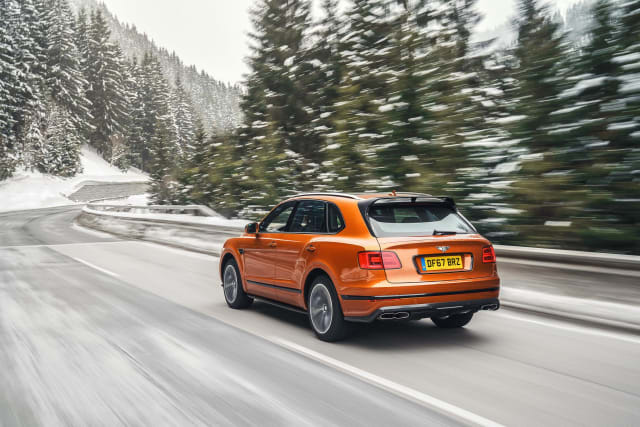 Bentley has added a new Styling Specification option to the Continental GT and Bentayga that adds carbon-fibre exterior trim pieces.

The package brings a high-gloss finish carbon-fibre front splitter, side skirts, rear diffuser and boot lid spoiler. On the Bentayga, there’s also a tailgate spoiler and rear screen strakes, as well as the option of front air blades, wing vents and mirror caps.

Each piece has been ‘mirror-matched’ across its centre line, meaning the carbon-fibre weave is perfectly symmetrical on each side, while a three-dimensional Bentley badge has been incorporated into the side skirts.

Bentley says the package has been designed to complement the aerodynamic performance of the car, so each piece is tested for its effect on airflow before being given final approval for production.

They are also put through more than 60,000 miles of durability testing that looks at how they cope with everyday life occurrences, such as kerb strikes, driving through water and over rough roads. Rig testing also looks at their responses to vibrations, thermal cycling and direct impacts.

The Styling Specification is available now through Bentley’s retail network, both as an optional extra on a new car or for retrofitting to an existing vehicle. It will be made available for the Flying Spur at a later date.