UK car production down 37.6 per cent in March 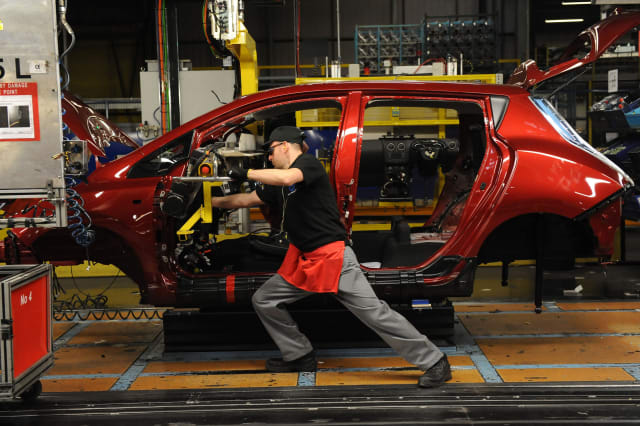 UK car production fell by 37.6 per cent in March as coronavirus pandemic-related plant closures caused a slowdown in vehicles rolling off the line.

With UK car factories shut down last month and some only just starting to reopen, more than 140 days of production have been lost.

It meant that just 78,767 cars were built during March.

Coming from figures released by industry body the Society of Motor Manufacturers and Traders (SMMT), the details show that output for the domestic market was down by 36.8 per cent, while export demand fell by 37.8 per cent.

Exports to both the US and the EU were down by 39.3 and 37.7 per cent respectively. However, in contrast, shipments to China were up by 2.3 per cent.

Mike Hawes, SMMT Chief Executive, said: “UK Automotive is fundamentally strong but, as these figures show, it is being tested like never before, with each week of shutdown costing the sector and economy billions. Government’s emergency measures are helping keep many companies afloat and thousands of people in jobs, but liquidity remains a major concern and will become even more stretched as the industry begins to restart.

“To get production lines rolling, we need a package of measures that supports the entire industry. We need coordination and collaboration with the government, the workforce and wider stakeholders to unlock the sector in a safe and sustainable way. This will include new workplace guidance, additional measures to ease cash-flow and help furloughed colleagues back to work, as well as demand-side measures to help encourage customers back into the market.”