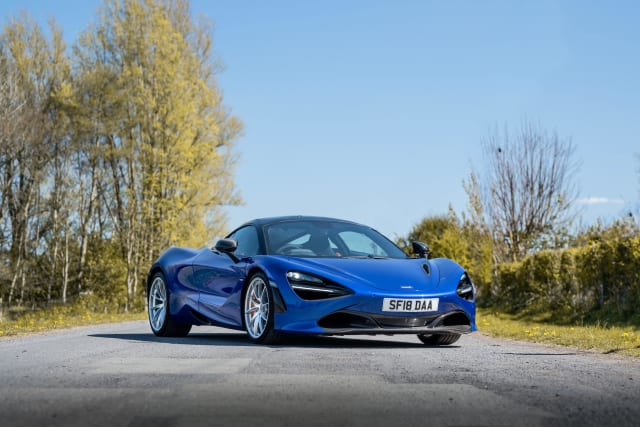 Falling supercar prices are ‘not a cause for concern’ after a McLaren 720S sold yesterday at about half what it cost new just two years ago.

The 710bhp supercar went for £124,500 (£130,500 including fees) on the Collecting Cars auction platform, which sent a shock through social media users.

The McLaren 720S, like most luxury vehicles, doesn’t typically hold its value well at the best of times. However, there had been concern that this particularly low selling price was a sign of the potentially negative impact of the coronavirus pandemic on the high-end supercar market. Similar examples have been listed recently for £40,000 more.

However, Tom Jaconelli, director of supercar dealer Romans International, said a sale like this was merely a ‘temporary blip’.

Jaconelli said: “This platform is spreading a lot of negativity about the market when it’s selling cars in the middle of a lockdown where no one can even go to view the car. It is not a great indicator of the overall market.

“As soon as dealers are allowed to be fully open again you will see prices firm up so if anything these very low prices people are seeing are likely to be a temporary blip, although I would stop short of saying there will be a very quick recovery.”

“Whoever is choosing to sell their car during this time, it is likely to be a forced sale and therefore is going to get a kick in the teeth with regards to a price.”

However, the online auction platform that sold the car responded by saying cars were ‘overpriced’ in the market.

Ed Callow, head of communications at Collecting Cars, said: “The ‘asking price’ is not the ‘getting price’ and the market has been stuffed with too many cars at overambitious prices for too long. It’s a buyer’s market now, and the dealers that are listing with realistic prices are still selling cars.

“There’s going to be a temptation for some dealers to blame a lack of interest, calls and enquiries on this crisis, but the reality in many cases is that too many sellers simply have an outdated perception of the market.

“Even under normal circumstances last year, 95 per cent of sales on Collecting Cars happened without a viewing.”