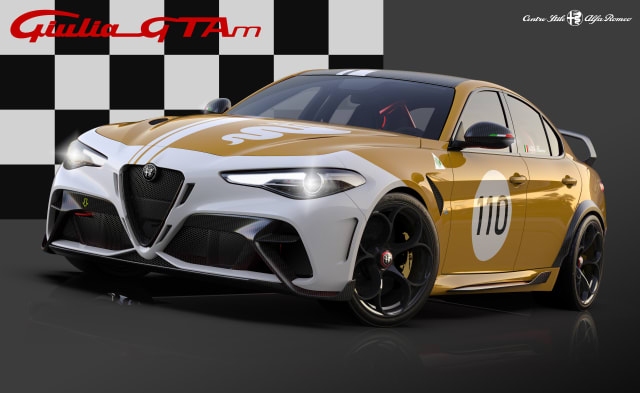 The track-focused model is priced from €176,500, rising to €181,500 for the even more hardcore GTAm model. Alfa says that the price will be converted into Pound Sterling at the point of purchase, which at current rates will exchange to £154,000 and £158,000 respectively.

Just 500 examples will be available across both GTA and GTAm versions, with both boasting more power than the standard Giulia Quadrifoglio. It uses the same 2.9-litre bi-turbo V6 as the standard car, but power has been boosted from 503bhp to 533bhp. A new exhaust system has been fitted to make the engine even more vocal, too. Alfa claims a 0-60mph time of under 3.5 seconds – though an outright top speed has not been announced.

The car has been put on a weight-saving diet, with carbon fibre used for the driveshafts, front wheel arches and bonnet, among others. In the tip-top GTAm version, total weight savings equate to 100kg over the regular Giulia QV.

The car’s track has been widened by 50mm at front and rear too, while the suspension has been beefed-up with new springs, shocks and bushes.

Inside, there’s plenty of Alcantara and carbon fibre on show, while the GTAm version does without rear seats and receives ultra-lightweight carbon fibre sports seats to further aid weight saving.

Several new racing-inspired liveries will be available for buyers to choose from, which are influenced by the designs on the original Alfa Romeo GTA.