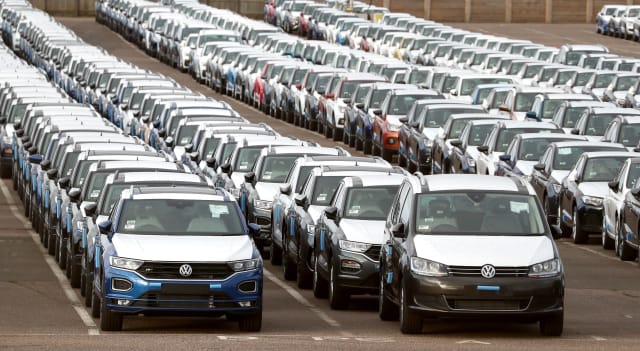 The number of diesel cars on Britain’s roads has fallen for the first time in at least 25 years, new figures show.

More than 111,000 fewer diesel cars were licensed in Britain in 2019 than in the previous year, according to Department for Transport data.

This is the first decline since records began in 1994.

The drop in demand for new diesel cars is well known, but the statistics indicate that many older models are being taken off the road too.

The totals include new and older models.

The number of alternatively-fuelled cars, such as hybrids and battery electrics, reached 78,000.

Steve Gooding, director of the RAC Foundation, said: “These figures hint at a motoring milestone – the possibility that we have hit or even passed ‘peak diesel’ – due to the collapse in sales of new diesel cars together with the scrapping of older diesels, which have either come to the end of their useful lives or whose owners fear increasing restrictions on their use because of air quality concerns.

“Last year also saw the first drop in the volume of diesel fuel sold since the financial crisis.”

Car manufacturers have partly blamed confusion over how diesel cars will be treated when clean air zones are introduced in towns and cities for their drop in popularity.

Bristol City Council is bidding to ban privately-owned diesel cars from part of the city at certain times.

Vans – the vast majority of which are diesel-powered – bucked the trend, with an increase of 113,000 to 4.12 million last year.

Transport Minister Rachel Maclean said the number of new battery electric cars more than doubling last year demonstrates that “more drivers than ever before are choosing a greener path and making the switch”.

The Government has said the ban on sales of new petrol, diesel and hybrid cars and vans could be brought forward from 2040 to as early as 2032 in a bid to meet carbon reduction targets.