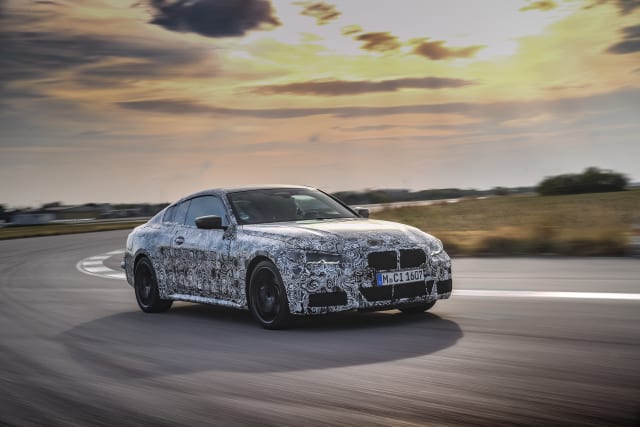 BMW has teased the new 4-Series coupe as it undergoes final testing on the roads around Munich.

The next generation of the popular two-door model has recently completed testing in Miramas, France, as well as winter testing in Arjeplog, Sweden and high-performance runs on the Nurburgring Nordschleife circuit in Germany.

While the final design is being kept under wraps for now, it appears BMW has resisted the urge to fit the huge kidney grille design seen on the Concept 4 that was unveiled at the Frankfurt motor show last year.

The German firm is focusing on sporty driving characteristics for the coupe version of the 3 Series saloon, with suspension and geometry tweaks said to make it handle better, as well as having a slightly better drag coefficient, lower ride height and lower centre of gravity.

The new 4 Series range will be headed up by an M440i xDrive version, which will have a 380bhp mild-hybrid powertrain combining a straight-six petrol engine with a 48-volt starter motor and battery. This gives a small performance boost and improves fuel economy by taking strain off the engine.

These BMW M models will use an eight-speed automatic transmission and all-wheel-drive, as well as getting uprated brakes and 18-inch alloy wheels.