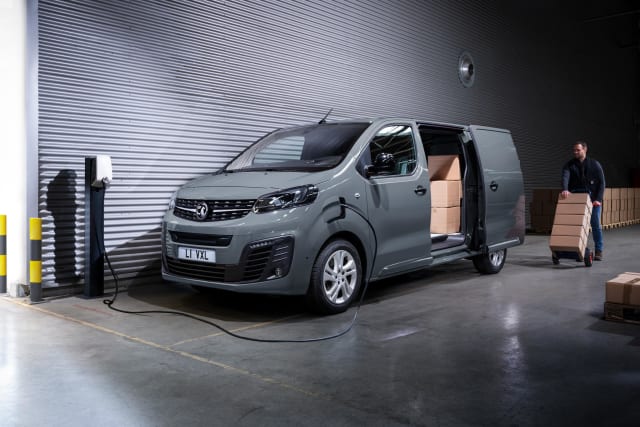 Vauxhall has revealed an electric version of its Vivaro van.

Rated to 188 miles of range under WLTP testing regulations, the Vivaro-e uses an electric motor to produce 134bhp and 260Nm of torque.

It’s that low-down power which helps it with its title as the UK’s only fully electric light commercial vehicle capable of towing a trailer. It’s built on the same line as the standard Vivaro and is expected to arrive in the UK in autumn following order books opening in June.

With a payload of 1,226kgs, the Vivaro-e suffers only a 130kg payload capacity deficit over the diesel-powered version. A smaller battery option is also available for those who don’t require quite as much range, with the 75kWh powertrain returning up to 125 miles of range. Both are held to an 81mph top speed.

Charging the 50kWh battery to 80 per cent via a 100kW DC public charger takes just 30 minutes, or 45 minutes for the larger 75kWh battery. As standard, the Vivaro-e comes with a single-phase 7.4kW on-board charger, though an optional three-phase 11kW on-board charger can speed charging times up.

The battery is covered by an eight-year, 100,000-mile guarantee too.

The Vivaro-e also boasts a range of driver assistance systems such as lane keep assist, extended traffic sign recognition and drowsiness alert, among others. Inside, an infotainment system is available with a seven-inch screen, which incorporates Apple CarPlay and Android Auto.

Vauxhall is also due to produce an electric version of its Combo van – the Combo-e – in 2021, which puts it on track to achieve its goal of offering an electrified version of every passenger car and LCV in its range by 2024.