The best locations for a post-lockdown road trip 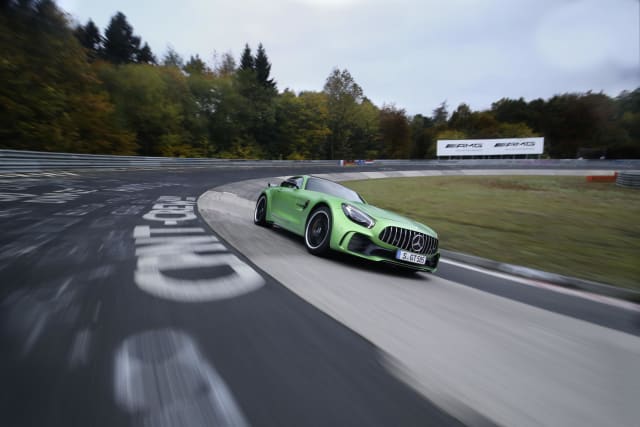 Let’s be clear – no one should be planning any non-essential travel for the foreseeable future. However, a couple of months into lockdown, many of us are turning our attention to what we’ll do once it’s safe to venture back out into the world.

With that in mind, here are a few road trip ideas for Brits dreaming of indulging their wanderlust.

Some of the most beautiful scenery in the world can be found on our doorstep. The Scottish Highlands are famous for their endless rolling hills and otherworldly mountainous landscapes, including Ben Nevis, Britain’s tallest peak.

Fly into Glasgow airport and rent a car for the two-hour drive north to Fort William, and you’ll also take in the utterly gorgeous Loch Lomond and the Trossachs National Park.

From one tall peak to another, this time in Wales. It’s a similar story here, with epic scenery on tap along with some of the most exciting roads in the UK. Keen drivers should try to take in the roads around Bala, which are synonymous with popular automotive magazine photo shoots.

If you’ve got a bit of time on your hands, Anglesey island is about an hour north, too, offering more picturesque views and some fantastic ocean drives.

While you’re touring the UK’s tallest mountains, add Scafell Pike in the Lake District to your list. Climb this along with Snowdon and Ben Nevis and you’ve completed the Three Peaks Challenge – climbing the tallest spots in Scotland, Wales and England.

Aside from the big pointy hills, the Lake District is full of lakes (you’ll be shocked to hear) and forests, as well as being steeped in history. There’s really something for everyone.

Just a short 1,500 miles long, the Wild Atlantic Way is a tourism trail that takes in the west coast of Ireland. Unless you have three or four weeks to take it all in, it’s probably best to take a more detailed look at what’s along the way and pick the section that appeals most rather than cram it all into a week or two.

There are tonnes of places to visit, so however long or short your trip, there’s plenty to see, with highlights such as Skellig Islands, the Dingle Peninsula, Cliffs of Moher and Killary Harbour standing out.

Pan-European travel seems like a distant memory, but once it’s safe to resume crossing onto the continent then petrolheads should look no further than making a pilgrimage to the Nurburgring.

It’s not known as The Green Hell for nothing, with the formidable circuit winding through the beautiful Eifel forest for a ludicrous 12.9-mile stretch. It’s open to the public too, if you’re feeling brave. If not, it’s free to park up by the track and watch others have a go, or perhaps time your visit to coincide with one of the official races.

Loosely following the route taken by Napoleon in his 1815 escape from Elba to Grenoble in France, the aptly named Route Napoleon is a 200-mile stretch of twisting tarmac close to the Alps that naturally provides some breathtaking scenery.

What makes it so appealing, though, is that the roads are largely well-sighted, meaning you can really enjoy driving without being concerned that a tourist bus could appear out of nowhere and punt you off the road.

Made famous by the Top Gear trio, the Stelvio Pass is situated in northern Italy close to the Swiss border. If you’re a fan of hairpins, boy are you in for a treat, because this mountain pass snakes its way down steep Alpine mountains via seemingly endless switchbacks.

It’s narrow and popular with cyclists, so you need to keep your wits about you, but even so, there can be no arguments that the Stelvio Pass is pure bucket list material.

Driving in Norway is a unique experience, because its endless fjords make for beautiful scenery while its mountains result in fun-to-drive roads and some of the longest road tunnels in the world.

The main attraction is Trollstigen, though. Translating as Trolls’ Path, it features a steep incline of 10 per cent with eleven hairpin bends and waterfalls cascading down the rocks beside the road. It’s far from easy to get to, but well worth the journey – just remember to go in summer, because it’s closed during winter.

Less known for its World Rally Championship-style ribbons of tarmac, better known for its craft beers and picturesque architecture, Bruges might seem like an outlier in this list.

However, it’s a worthy entrant because it’s the perfect city break location, and it’s just 90 minutes from Calais. So if you fancy a weekend away in Europe you could pack the car up on a Saturday morning, jump on the Eurotunnel, and be in Bruges for lunch!