Long-term report: Getting to grips with our Ssangyong Korando 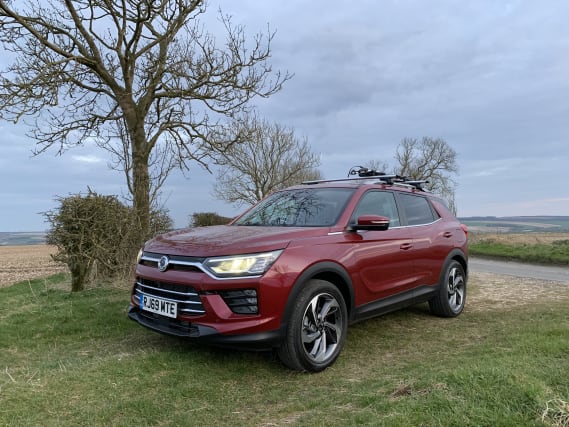 It could only happen to me that less than a month after picking up my first long-term car, we’re in a position where it can’t even be used.

But prior to coronavirus restrictions, the Korando saw quite a lot of use – not least the 300-mile trek from the sunny south coast to Yorkshire, where I’m currently residing.

Before this, I was quite taken by the SsangYong and it was impressing me in plenty of ways. For starters, I really like the way it looks, with a particular highlight being the cool rear LED lights. It’s just a shame you don’t see them very often, as even when you unlock the car – it’s only the headlights that turn on, and not the rear lights – something I find quite bizarre. The level of kit on it is also superb, with the digital instrument cluster still being a highlight – just as it was when I first picked it up.

Previously, most of the driving I did was just pottering around town – hardly where an SUV-like model should excel, but the Korando works rather well in this backdrop.

But sadly, as I discovered on the long jaunt to Yorkshire, an extended bit of motorway driving does not play to this car’s strengths. That’s for two main reasons – the cruise control and its thirst for fuel. I’ll cover the latter first.

In the three years that I’ve lived in Portsmouth and travelled to North Yorkshire to visit family, it’s the first time I ever thought a car wouldn’t be able to make it on a full tank of fuel.

Sure enough, a fuel stop had to be completed. It’s hardly an inconvenience, but the fact the Korando struggles to be able to cover more than 300 miles on a single tank of juice – especially on a long-distance journey – is poor. Its 50-litre fuel tank isn’t the biggest, but it’s not really any excuse. In terms of fuel economy, it works out as averaging about 28mpg – something that would be acceptable from a sports car, but not a mid-size crossover on a steady run. While the roof rack and bike rack fitted won’t help matters, it still shouldn’t be this thirsty.

My second gripe is with the cruise control. It’s something I’m now rather lazily reliant on for long journeys as it just takes all the strain out of driving. Unlike others, the Korando has a standard cruise control system, which is meant to hold the car at a set speed – rather than an adaptive one, which alters the speed depending on the traffic in front. After three years in this job, annoyingly the Korando’s system is the worst I’ve come across.

The SsangYong just doesn’t seem to be able to stick at a set speed – randomly accelerating, only to brake a second later. It happens even on flat and straight bits of road. Of course, the counter-argument is ‘well, don’t use it then’, which is very true, but what’s the point of having it if you can’t use it?

But while I’m not having to drive motorways, I’m able to stare admirably out of the window at the Korando, which is admittedly just gathering dust now. While it’s not really being used, I’m going to have a good flick through the Korando’s many touchscreen menus, as I’m adamant there is still plenty to discover. It’s also going to have a well-needed clean.

Hopefully, this will show the Korando up a bit better than a stretch of motorway driving has…