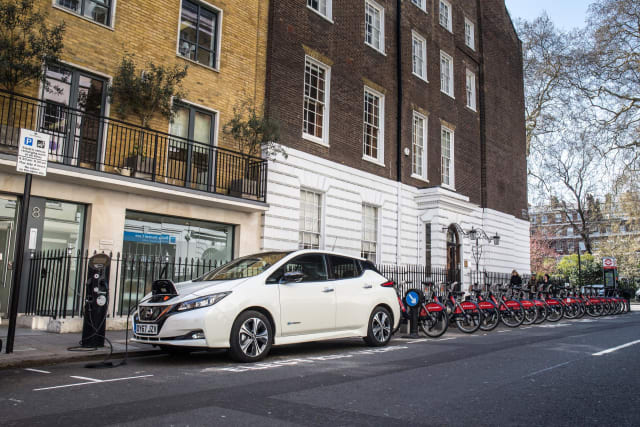 Eighty-five per cent of drivers think electric car charge point signage should be green instead of blue.

More than 17,500 drivers were polled by the AA, with the vast majority believing that the signage colour change would make charge points more prominent.

The AA says drivers perceive there to be too few charge points, but government statistics show there are now more charging locations than petrol forecourts – though this doesn’t take into account the number of chargers and petrol pumps at each location.

The recovery service suggests that changing the signage to green would help break down the barrier to ownership as non-EV owners would be more likely to notice them, as well as reducing the times non-EV owners block charging points.

Jack Cousens, head of roads policy for the AA says; “Drivers believe there are a lack of charging points, but the case is they are hidden in plain sight. While fuel forecourts have the benefit of large totem poles, charge points can blend into the background.

“Changing to a green parking sign will help them stand out and reassure drivers who are thinking about buying an EV that there are more charge points than they think.

“We have also seen that charge points keeping the blue parking sign have accidently fooled drivers into parking in a charging bay and have ‘ICE’d-out’ electric cars.

“It may seem such a simple, low key change but sometimes it’s all that’s needed to help make a big difference.”