The cars made faster by their own manufacturers 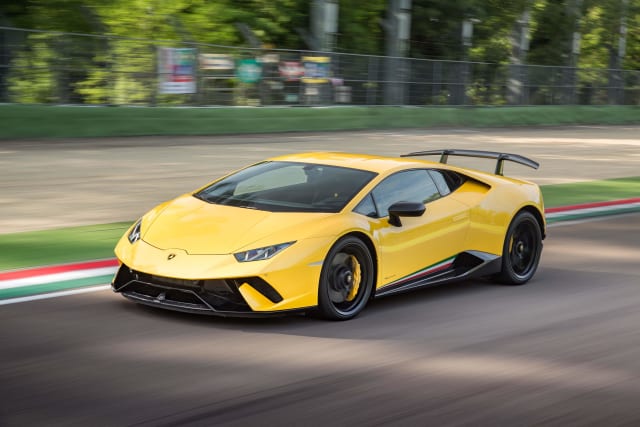 Sometimes car manufacturers aren't happy with a new model. Particularly when it comes to performance cars, engineers are always looking at ways to tweak, fettle and enhance what their go-faster models offer. On occasion, this falls to tuner companies, but often it's the manufacturers who break out the spanners and laptops to turn the wick up on their cars.

The standard M5 arrived and dealt its competition a serious hammer-blow, with all-wheel-drive and a powerful turbocharged V8 engine giving it plenty of prowess. But BMW wasn't happy just there and decided to sort a Competition version.

It gained more power, and was lower and firmer too. It tweaked the regular M5 just enough to sharpen it without ruining its road-going performance.

The Mercedes-AMG C63 isn't a car known for its shy and retiring nature, but the company decided that the standard model wasn't hardcore enough, bringing in a Black Series edition to remedy this.

With its 6.2-litre V8 engine tuned even further and motorsport suspension fitted underneath, the Black Series was a serious bit of kit.

The LMX version of Audi's iconic first-generation R8 V10 was a last-hurrah for the supercar, bettering the car's original performance figures thanks to a healthy 562bhp.

It also debuted Audi's new Laserlight headlights – a regular feature on many of the firm's current cars – which helped the R8 to stand out even more.

Ferrari's 488 GTB was hardly a slouch when it hit the streets, but Ferrari felt that a little bit of the car had been left unexplored, leading to the harder and meaner Pista version.

More downforce and an incredible 710bhp made the Pista a truly formidable machine and one which certainly kept rivals on their toes.

One of those rivals, in fact, was the Lamborghini Huracan Performante. A more focused and more powerful version of the firm's entry-level supercar, the Performante achieved great success – not least by setting a production car lap record at the Nurburgring.

The Performante, in classic Lamborghini fashion, was all about theatre and drama, yet it was incredibly accomplished on both circuit and road, too.

We arrive at the other, slightly more compact, end of the scale with the Mini John Cooper Works GP. Mini took to enhancing the regular car's key attributes such as neat handling and incredible adjustability through more mechanical upgrades.

It also ditched the rear seats to help in the strive for lightness, which only highlighted the car's commitment to going faster.

Aston's DB9 showcased the very best of what the British manufacturer could do when it came to GT cars. The DBS, meanwhile, only served to highlight the firm's thirst for performance.

In what is a common theme in this list, the DBS was lighter, sharper and more powerful than the standard DB9, and it featured some subtle styling differences too.

It's not often that manufacturers put the magnifying glass over their SUV models in the hunt for performance, but that was certainly the case with the Jaguar F-Pace. Though a punchy V6-powered model already existed, this wasn't quite enough for Jag – and that's where the SVR came in.

Utilising a supercharged V8 engine, the SVR monsters its way along the road. It has the performance to outshine many a sports car, in fact.

The Nissan GT-R is a car which is well-known by motoring enthusiasts for its razor-edged performance and passenger-shocking launch control. It's not often seen as a car which requires more power, but Nissan certainly felt that way with its Nismo version.

A special aerodynamics package was fitted, while the engine put out close to 600bhp. Lashings of carbon-fibre made sure that everyone knew that this wasn't just 'any old' GT-R, too.

Audi's RS6 is a muscle car wrapped up in a conventional estate body, matching effortless practicality with performance that can monster even the most powerful of supercars.

Audi turned up the wick on the RS6 with its Performance model, which tuned up the super-estate even further.