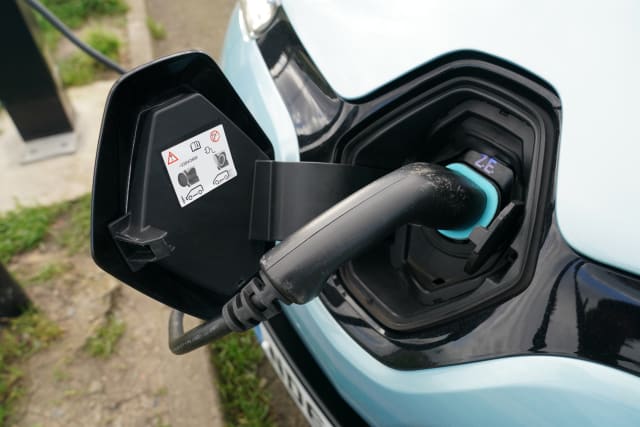 Analysis by the RAC Foundation found that pure battery-electrics clock up an average of 9,435 miles in each of their first three years on UK roads, equivalent to 26 miles per day.

The motoring research charity said this shows they are “not just trophy vehicles” as their average annual mileage is only 9% lower than the figure for all new cars, which stands at 10,377 miles per year.

Many motorists believe only petrol or diesel models are practical for their main car, partly due to anxiety about electric batteries running out of charge mid-journey.

Petrol models typically only do 7,490 miles in each of their first three years, while new diesel cars cover an average of 12,496 miles per year.

New cars built by Tesla – which are all pure battery-electrics – rack up a higher average mileage than any other manufacturer, at 12,392 miles.

That is partly due to the popularity of the Model S, which is designed to be suitable for covering long distances.

The analysis – which pre-dates the steep falls in road traffic seen as a consequence of the coronavirus pandemic – is based on the MOT data of more than half a million vehicles.

Private cars are required to start having annual MOTs once they are three years old, at which point their mileage is recorded by the test venue.

RAC Foundation director Steve Gooding said: “This study is evidence that battery-electric powered cars are not just trophy vehicles signalling their owners’ green credentials, but prior to the lockdown were racking up the miles as everyday transport.

“Tens of millions of people still drive petrol and diesel-powered cars, but this data suggests that owners of electric cars have found them to be a practical proposition, running up the sort of big annual mileages that many of us need to do, challenging preconceptions about their range and the ease of recharging.

“The next big question for all our motoring mileage is what will happen when the Covid-19 lockdown ends.

“Some say our travel behaviour might change quite dramatically as we’ve mastered online meetings in place of the office routine, but any ongoing desire for social distancing might yet draw us back to our own cars for the trips we make once the travel restrictions are lifted.”

Figures published by the Society of Motor Manufacturers and Traders show that 38,000 pure battery-electric new cars were bought in 2019, more than double the total in the previous year.

Despite the increase, these cars still only held a 1.6% share of the new car market last year.

Transport Secretary Grant Shapps has said the ban on sales of new petrol, diesel and hybrid cars and vans could be brought forward from 2040 to as early as 2032 in a bid to meet carbon reduction targets.

This sparked criticism from the automotive industry, which claimed it would take more than industry investment to achieve such a timetable.