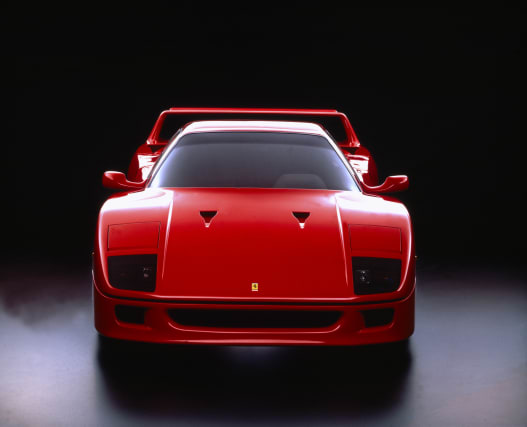 The 80s was all about big hair, big personalities and even bigger car superstars. It laid claim to some of the best-known cars of all time, with household names coming from all manner of manufacturers both big and small.

Here, we take a look through some of the all-time greats from the 1980s.

It couldn't be an 80s list without the Audi Quattro now, could it? One of the icons of the time period, it was everything we loved about the styling from the decade – boxy arches, a blunt front end and tons of presence. There was plenty of racing pedigree backing the road car, putting genuine rally-grade tech in a car which people could genuinely drive on the road.

Nowadays the Quattro is no less desirable, with used examples commanding premium prices.

In much the same vein as the Audi Quattro, the Ferrari F40 is a car which deserves a place in the motoring hall of legends. Turbocharged, lightweight and distinctly wild, it represented a new age for the Maranello company – and delivered a sledgehammer blow to rivals at the time.

It has aged gracefully too The pop-up headlights still look perfectly judged, while its squat, dinky proportions almost seem at odds with the leviathan crossovers we've got on our roads today.

In terms of important models, the Mercedes W124 has got to be right up there. The first-generation W124 came as a both a saloon and a coupe too, but in a first for the company a drop-top was available too – making it Merc's very first mid-size convertible.

There's something to be said about a blocky but unfussy design matched with genuinely rock-solid build quality. It was a proper premium car – as you'd expect from something with a three-pronged star on the bonnet – and set a new tone for Mercedes for years to come.

The E30 BMW 3 Series is a car which, for many, immediately springs to mind whenever anyone mentions the 80s. Replacing the older E21, the E30 brought more performance and tech, without disrupting that all-important driver involvement that you can only get from a BMW.

Yes, the tip-top M3 was the poster boy, but even cooker models like the 318is, or 316i were still an absolute hoot to drive while convertible, coupe and estate versions mean there was an E30 for everyone.

It might be another Ferrari, but to miss out the Testarossa from this list would be like leaving out James Bond from a selection of the best spy films. It simply embodies the spirit of the 80s with its flamboyant styling and loud, brash nature.

As well as its styling, the Testarossa drove like a supercar should too. Neat handling, along with a 4.9-litre V8 meant this was a car with enough performance to match its looks.

Whereas the Testarossa was all about presence and drama, the Peugeot 205 is a car which accomplishes just as much, albeit at a different end of the scale. It's a car which is knee-deep in accolades, owing to its ingenious design and low running costs – this was a car that could be driven around without forking out too much, after all.

It's a car brimming with character too. A range of buzzy little engines meant that it needed to be worked hard to get any decent forward progression, but that was all part of the charm – something the 205 certainly isn't lacking in.

Though the first-generation Volkswagen Golf was a car which broke the mould, the second-generation car was the one that finessed the formula. A little larger and more rounded – though no less likeable – the MK2 Golf is an icon in its own right thanks to its great driving dynamics and 'drive me faster!' character.

The 'big bumper' cars brought chunkier looks, while the 16v GTI was a car with plenty of performance. That said, even entry-level Golf cars were – and still are – an absolute riot to drive.

In the same way that the E30 3 Series shook things up when it came to saloon and coupe cars, the Espace moved the game forwards in terms of outright people carriers. In fact, the first Espace is widely regarded as the first proper MPV – a car capable of carrying a family, their luggage and the dog – all in absolute comfort.

It also looked like nothing else on the road when it arrived. It wasn't initially popular, but people soon clocked on to how practical and useful the Espace was.