This ‘Raw by Koenigsegg’ concept imagines a hypercar of the future 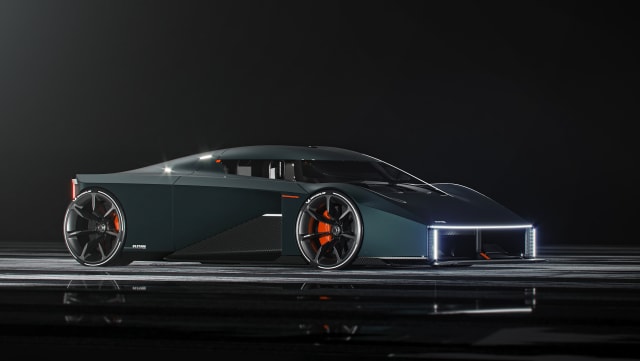 It has been positioned as part of a ‘Raw by Koenigsegg’ sub-brand that would differentiate it from the Swedish hypercar manufacturer’s faster, more exclusive models.

The design is the result of a graduation thesis for the Raw Design House, which was overseen by Koenigsegg CEO and founder Christian von Koenigsegg and head of design Sasha Selipanov.

Power comes from a three-cylinder engine that uses Koenigsegg’s Freevalve technology, which allows for the timing of the intake and exhaust valves to be independently managed. The engine itself is called the Freevalve TFG – which stands for Tiny Friendly Giant.

The occupant cell is made from carbon-fibre as Koenigsegg wants to keep weight down and help to achieve a 700bhp output and 700kg overall weight as a new interpretation of the 1:1 power to weight ratio the company first used on its One:1 hypercar. That vehicle had 1,360bhp and weighed 1,360kg.

Although the vehicle is unlikely to make production, Koenigsegg does hint that it could make its way to the virtual world “using already existing highly correlative racing simulators”.