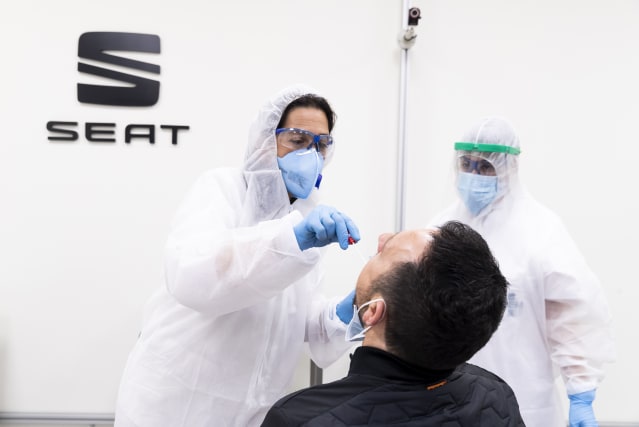 Seat has announced that it will be performing tests for coronavirus on its 15,000 employees in Spain.

The first company in the country to implement such a measure, Seat will perform more than 3,000 weekly tests on production employees at the firm’s Martorell and Barcelona sites. It will also commence testing at its Componentes and spare parts centres.

Having begun testing today, the company states that similar procedures will be extended to other Volkswagen Group companies operating in Spain.

It follows the company’s announcement that it will be restarting production at its Spanish sites on Monday, April 27, albeit gradually to begin with. Between April 27 and May 4, just one production shift will be working on each of the three lines at the Martorell site, enabling them to produce a predicted 325 cars a day.

This will then be upped to two production shifts from May 11, which is still at a third of the usual volume. This will, however, increase production to around 650 cars a day.

The results of the testing will be analysed by a laboratory accredited by the Spanish Ministry of Health and the Catalan government.

Carsten Isensee, Seat president and vice-president for finance and IT, said that “now that the most difficult phase of Covid-19 has been overcome, we face the first stage of returning to normal without letting our guard down.

“It is essential to apply strict health and safety measures to ensure that the return to work takes place in complete safety. With Seat’s decision to invest in the PCR test programme, we are also helping the health authorities to understand the extent of the pandemic.”