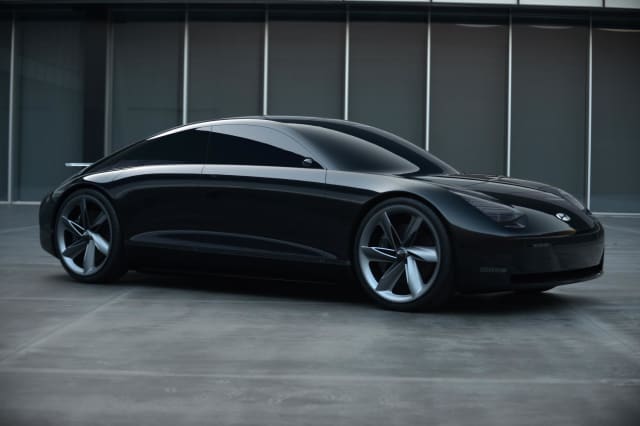 Hyundai has confirmed it is putting its sleek Prophecy concept car into production as the next-generation Ioniq.

The South Korean firm wants to build a range of models with distinctive styling, rather than having a range of similar-looking vehicles like most car manufacturers. The four-door electric vehicle will play a key role in this move, following a production version of the Hyundai 45 concept revealed last year.

“These two cars show how much of the design spectrum we are capable of.”

Auto Express reports that both the 45 SUV and the Ioniq replacement will use Hyundai’s new Electric-Global Modular platform, with the 45 due by the end of the year and the new Ioniq in 2021.