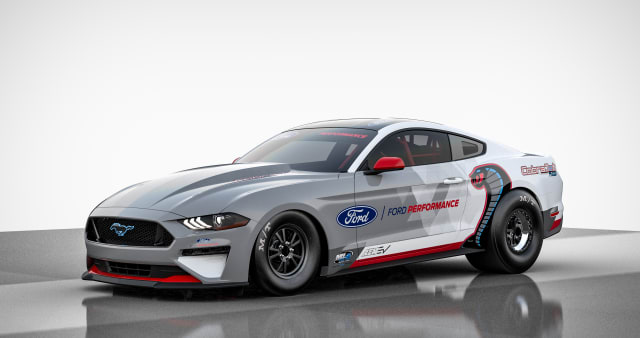 Ford is showcasing just what electric power is capable of with its new Mustang Cobra Jet 1400 dragster concept.

A large electric motor produces a potent 1,400bhp and nearly 1,500Nm of torque. All of that power is sent to the rear wheels through a sequential gearbox which allows the Cobra Jet to blitz the quarter-mile sprint in eight seconds at more than 170mph.

A full parachute system has been included to help slow the car down at the end of the track, alongside more conventional mechanical upgrades such as beefed-up suspension, larger brakes and a full roll cage. A wheelie bar has been fitted too, which stops the car from flipping over as it accelerates off the line.

“We saw the Cobra Jet 1400 project as an opportunity to start developing electric powertrains in a race car package that we already had a lot of experience with, so we had performance benchmarks we wanted to match and beat right now. This has been a fantastic project to work on, and we hope the first of many coming from our team at Ford Performance Motorsports.”

Ford Performance states that it will continue to test the one-off Cobra Jet ahead of its world debut at drag racing events later in the year.