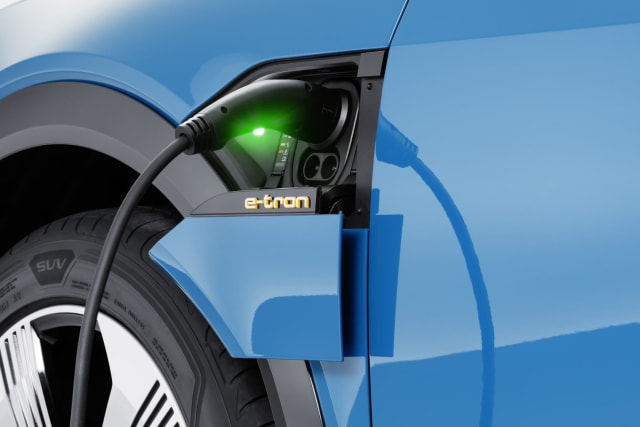 With the onslaught of electric vehicles to the market, it can be easy to be overwhelmed by all the new buzz words.

In fact, if you’ve only ever driven petrol and diesel cars, even knowing how to compare two electric models can be tough. That’s why facts and figures such as charging capacity and battery size are so useful – the larger the numbers the faster you can charge and the further you can go.

However, new advice from Audi encourages consumers to look a little deeper, because while a high maximum charge capacity might look appealing, if that’s only achievable for short periods of time, it might not dramatically improve charge times.

To Audi, charging capacity is the maximum rate at which electricity can be fed into the vehicle, while charging speed is the time it takes for a battery to be recharged.

The reason it’s not as simple as it first appears is because you can’t simply pump maximum electricity into the battery until it’s full. It must be managed to prevent damage to the cells, so charge rates are slowed as the battery reaches capacity.

Tesla describes this process as being like filling a glass with water. At first, you can pour a lot in, but as the glass gets filled you have to slow down to avoid spilling any. That’s why car manufacturers always quote charge times to 80 per cent; Tesla owners in the company’s forum, for example, say the last 20 per cent can take almost as long as the first 80, and it will be a similar story for other makes and models.

Audi has drawn attention to the ‘charging curve’ as it says its e-tron SUV is particularly strong in this department because complex thermal management in the batteries helps to maintain an optimal temperature. It says the result is that the maximum charging capacity of 150kW can be utilised from five per cent of battery charge all the way up to 70 per cent before it starts to taper off.

It means that a 10-minute stop at a fast charger could add 68 miles of range while charging to 80 per cent should take about 30 minutes.

For most electric vehicle owners, the majority of charging will take place at home or work, where fast charge times are not important and a slower rate of charge helps prolong battery life. However, if you’re EV shopping and spend a lot of time on the motorway, comparing how long it takes to hit 80 per cent charge could be the key selling point.