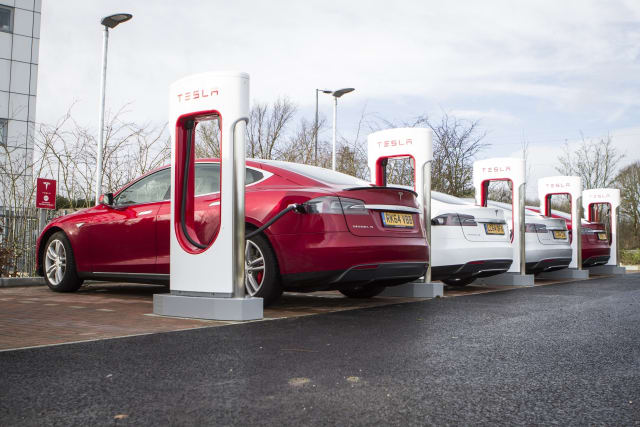 The Tesla Supercharger electric vehicle charging network has been crowned Britain’s best in a survey of EV owners.

Ten of the most-used networks were scored for their ease of use, cost, speed, and reliability, with Tesla taking top honours in every category.

Early Tesla buyers got free charging for life, but Auto Express magazine, which conducted the research, said even those that pay for the service were happy with it because the chargers are easy to use, reliable, and offer charging rates upwards of 120kW.

Instavolt took second place, being the highest-ranked provider available to owners of all car makes. It placed second for charging speed, ease of use and reliability, but this good service comes at a cost, as it was ranked ninth for charging costs.

Third place was ChargePlace Scotland, which scored well across the board, let down by its eighth-place finish in the reliability segment.

Auto Express said: “Given the firm has contracts with numerous motorway service station operators, and its ‘Electric Highway’ is a dominant force in the UK, these marks suggest the firm has the potential to make life tricky for EV owners.”

Steve Fowler, editor-in-chief at Auto Express, said: “Public chargepoints are vital for long-distance EV drivers, and their availability and reliability is of huge importance for current and future owners.

“Our data gives valuable insight into the best charging networks to use when you’re planning your route. And it shows that while many providers are doing a superb job, ease of use and good old-fashioned reliability shouldn’t be forgotten at the expense of network expansion.

“Tesla’s remarkable performance should come as little surprise to those who’ve plotted the brand’s growth. It is proof that the company knows precisely what its customers want, and delivers it to them consistently.

“And for those who don’t own or plan to buy a Tesla, Instavolt’s impressive scores mean we’re delighted to recommend the firm’s network of chargers.”