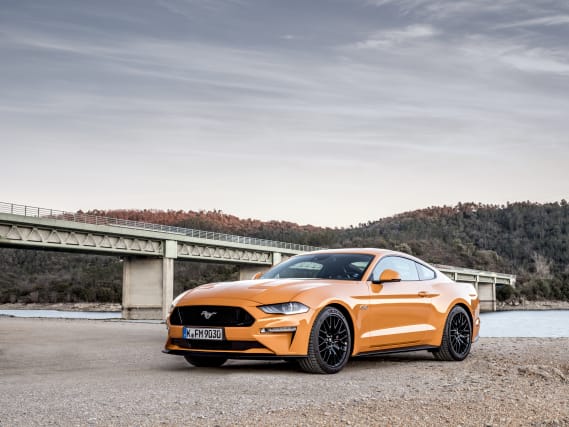 The Ford Mustang outsold all other sports cars in 2019 with more than 100,000 leaving dealer forecourts.

The American muscle car sold a total of 102,090 units across the globe according to new data from industry analysts IHS Markit, with sales increasing 33 per cent in Germany, 50 per cent in Poland and almost 100 per cent in France.

Sales are based on both engine variations of the Mustang, which is available with a 5.0-litre V8 GT model that appeals to purists, as well as a more affordable and economical 2.3-litre EcoBoost unit. Both engines are petrol-powered, and can be had with a coupe or convertible body style.

“From Sweden to Shanghai, more and more driving enthusiasts are enjoying the feeling of freedom and the American open road in these new Mustangs. We are honoured to serve our owners, enthusiasts and fans for 56 years and counting.”

The American market continues to be the Mustang’s biggest market, with Ford claiming it has been the country’s best-selling sports car of the past 50 years. In Europe, Mustang sales increased in 2019 by three per cent to 9,900, with 1,300 coming to the UK.