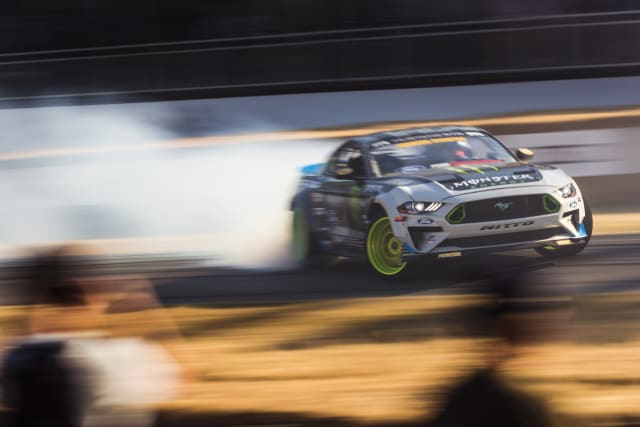 With all but essential workers currently staying at home, plenty of car enthusiasts are churning their way through Netflix, Prime Video and countless other video streaming services to try to pass the time.

However, it’s not just paid services that have great content – with plenty of YouTube channels and videos devoted to cars, there are hours of footage to get through. We’ve collected some of the best together here, which should start a rabbit hole of automotive enjoyment!

Usually, when a car manufacturer makes a promotional video it’s full of all the good stuff shared in a glossy format that doesn’t demonstrate the reality of what went on. Marketing material doesn’t usually show what went wrong, for obvious reasons.

So it’s great that this new documentary from Porsche goes against the grain. You get to go behind the scenes at the 24 Hours of Le Mans and the Nurburgring 24h endurance races, with both the factory team and privateers. You see the successes, the failures, the arguments, and just how difficult driving at the limit for a full day can be. They didn’t even win in Germany…

B is for Build

From high budget manufacturer work to something completely different. B is for Build is a series about one guy who works on cars in his home workshop. Watching the videos is a great way to see under the skin of some of the most desirable cars ever made.

Over the years, as the channel has grown the budget has increased, seeing even supercars get torn apart in the name of some wild creations. These have included putting an American V8 engine in a Lamborghini Huracan, buying a totalled Nissan GT-R and creating a wide-bodied show car, and even managing to fit a BMW M5 V10 engine in a classic Datsun 240Z shell.

Being in lockdown with little to do is a great time to learn a few things, and if you’ve always wanted to learn more about how cars work, Engineering Explained is the only place to go.

Run by American Jason Fenske, who relies on little more than his trusty whiteboard and selection of Sharpies, the channel manages to make even the most complex engineering fairly easy to understand. He’s also covered all the basics over the years, so binge watching will easily build your base knowledge up.

American comedian and former talk show host Jay Leno made millions as an entertainer, and appears to have sunk most of that into creating one of the most interesting car collections on the planet.

He founded a YouTube channel to share his weird and wonderful vehicles off to the world as well as reviewing the coolest cars ever created. For example, his most-viewed video is a walk-around of the iconic Tumbler from the Batman movies.

If Jay Leno was British he’d be Harry Metcalfe, the presenter of Harry’s Garage. It’s fair to say Harry’s done well for himself and owns an enviable collection of iconic supercars.

His calm and matter-of-fact approach to explaining what it’s like to live with such desirable and often temperamental machines is both relaxing and interesting. He uses his cars, too – his most-watched video involves driving his Ferrari Testarossa 2000 miles from the UK to the Saharan desert!

If you like cars and haven’t heard of Ken Block you’ve definitely been living under a rock this past decade. The American is one of the kings of viral content with his Gymkhana series of videos, which see him ‘hooning’ his car and demonstrating incredible precision.

They’re on the Hoonigan channel, which, if you sort by most popular videos, has some of the most bingeable content on the whole of YouTube. Aside from the official Gymkhana clips, there are extended cuts of specific scenes, behind the scenes shoots, and some wild driving outside the company’s warehouse.

Arguably the world’s top automotive event, the Goodwood Festival of Speed sees the greatest cars and drivers on the planet descend on the Sussex hill climb each year. The result is some of the coolest and rarest cars ever made driven hard for the adoring crowds.

And that makes for some excellent videos. There’s something for everyone, from motorbikes to classic cars, rally racers to pre-war behemoths that barely fit on the road. Some of the most spectacular showings come from the drift cars, with impossibly precise, high-speed maneuvers on display.

Something slightly different from the rest of this list now. Misha is a Russian businessman and presenter who’s made a name for himself as the go-to man for Nurburgring knowledge.

Having lived and worked at the track for almost a decade now, few people know The Green Hell in Germany quite as he does. His regular vlogs demonstrating life at the track are fascinating, as dealing with the world’s hottest cars is merely a daily occurence.

There’s car cleaning, and then there’s Larry Kosilla. The American car detailer has his own cleaning products company called Ammo NYC, and his YouTube channel is a mix of entertainment and education.

Some of his videos help teach you how to take better care of your own car, but perhaps more interesting is watching his approach to cleaning expensive cars. He can spend days obsessing over the tiniest of details, making them cleaner than the day they left the factory.