The history of the Mercedes-Benz C-Class 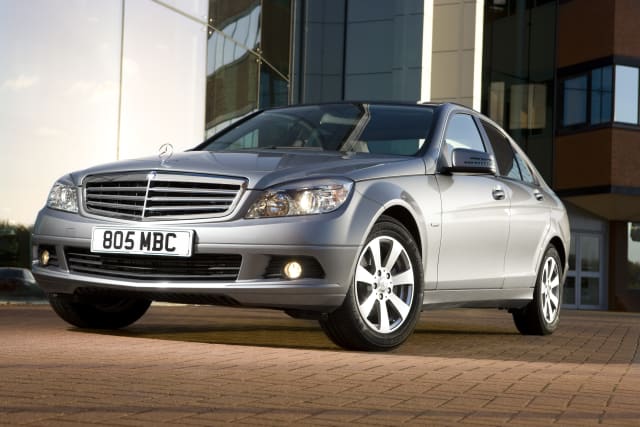 The Mercedes C-Class is one of the key competitors in the compact executive segment. Fighting it out against rivals like the BMW 3 Series and the Audi A4, the C-Class has been one of the Merc’s bread-and-butter models for many years now.

But how has it changed and where did it start? Let’s dive into the history books and find out.

The Mercedes W201 is where things kicked off. Marketed in the UK under the 190 badge, it was the firm’s first foray into the compact saloon segment and featured cutting-edge mechanical tech like ABS brakes, seatbelt pre-tensioners and myriad of airbags.

Of course, this technically wasn’t a C-Class – that badge didn’t arrive until the next generation, but it would be hard to talk about this model without mentioning the iconic W201.

Thought the 190 could be classed as the genesis, the W202 – or the car first badged as C-Class – was when things really came into their own. It was smoother in design that the boxier 190, but took design cues from other current Merc models like the larger S-Class.

There was also a performance variant – the C36 AMG – which gave petrolheads a C-Class offering with a bit more poke.

For many, the first ‘modern’ C-Class, the W203 hit the ground running with a range of refined and responsive diesel and petrol engines, as well as a curvier, more on-trend look. The ‘double bubble’ headlights were a particularly stand-out feature of the car’s look.

Another AMG-tweaked model arrived with this generation C-Class too – the C32 AMG – which meant that those who wanted punchier performance a variant for them.

The W204-generation C-Class arrived with a longer wheelbase and a wider track too, which made for more interior space and comfort. In fact, it was comfort where this C-Class excelled, providing a supple and supportive ride in almost all variants.

Save, that is, for the powerhouse C63 AMG, which arrived with a punchy 6.2-litre V8. In motoring circles, it’s gone down as one of the very best compact performance saloons ever made.

So here we are – bang up to date. The current W205 generation C-Class arrived with efficiency in mind, which is why hit the market lighter and smoother than before. Produced around the world, it’s available in saloon, estate, convertible and coupe layouts.

Given a subtle refresh in 2018, it remains one of the most popular cars in the segment, while the AMG-tuned line-up has been expanded to include both the original C63 and a less powerful C43.