Lister’s ‘fastest SUV in the world’ will be called Stealth 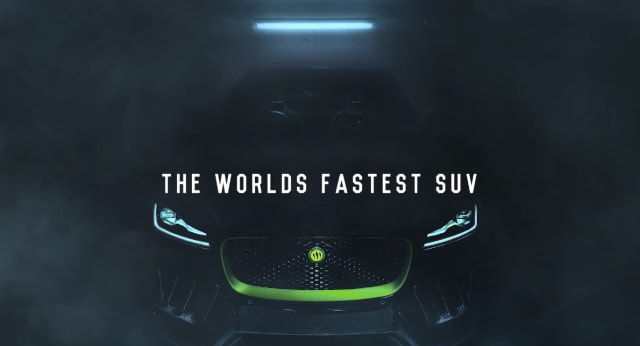 Lister has teased what it believes will be the ‘fastest SUV in the world’ and revealed it will be called Stealth.

The British tuning company shared a video online hinting at the aggressive styling, as well as its loud and angry engine sound that makes the Stealth name somewhat mystifying.

Based on the Jaguar F-Pace SVR, under the bonnet will sit a heavily modified version of that car’s 5.0-litre supercharged V8 engine, with performance upgraded from 542bhp to 666bhp.

Lister is promising a 0-60mph time of 3.5 seconds and a top speed in excess of 200mph. At the announcement of the model in 2018, then known as LFP-666, it was revealed the SUV would have ‘extensive carbon-fibre modifications’, which would keep weight low.

Aside from the guttural engine sound, the teaser video also gives us a glimpse of the Stealth’s styling details, with an extended front splitter and huge air intakes up front, and a carbon-fibre rear diffuser.

More details are likely to be announced when the full car is revealed. However, despite the limited information, Lister has previously said interest in the model is strong. The starting price is £120,000.