Jeremy Clarkson is hosting a pub quiz on YouTube 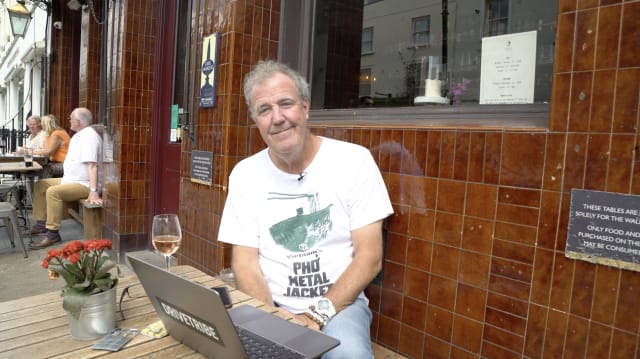 Starting at 7pm on Friday, April 17 on the DriveTribe YouTube channel, Clarkson’s quiz is set to feature five rounds with subjects covering history, sport, general knowledge, and a ‘cunning’ visual round.

Tim Rodie, editorial director at DriveTribe, told the PA news agency: “We’re very grateful that Jeremy’s taken time out from his farming to bring some joy to a world in lockdown. His time on Who Wants to Be a Millionaire shows he’s got the chops to handle the quizmaster role.

“Last week’s live pub quiz with James May was a huge success for FoodTribe, so fingers crossed we’ll have a few people joining in from across the world.”

Clarkson’s online pub quiz follows on from the popularity of co-host James May’s version last week. Hosted on the FoodTribe channel – the sister site of DriveTribe – May’s quiz has since been viewed more than 150,000 times.

Speaking to the PA news agency beforehand, May said: “I love pubs, but I hate pub quizzes. Unfortunately, the pub isn’t open for some reason. So we’ll just have to do the quiz, online, at a safe distance. There will be no cheating, obviously. No-one’s going to look up the answers on Google. That’s not allowed.”