How Lexus designed ‘the world’s most beautiful convertible car’ 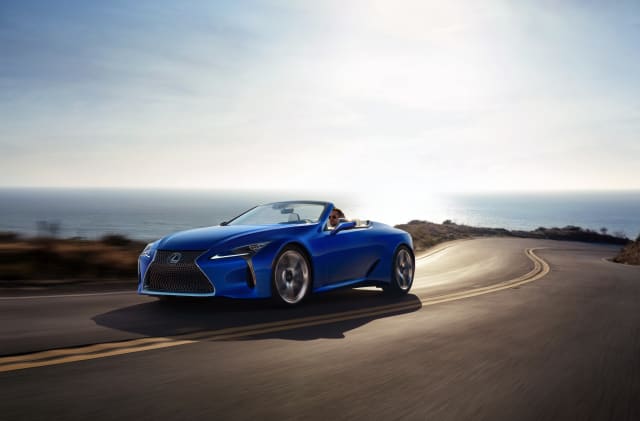 When Lexus released the LC Coupe in 2017, it shocked the automotive world as one of the best-looking cars on sale.

Later in 2020, the coupe will be joined by a convertible model, with Lexus’s designers facing the unenviable task of creating a new model with all the visual impact of the original.

Their challenge was ‘to create the world’s most beautiful convertible car’, and while it’s impossible to pick a true number one, there’s no denying the LC’s a contender. And now the Japanese firm has outlined its process for creating this new model…

Chief designer Tadao Mori says: “Although there are many convertible models out there, few of them are stylish and elegant both when the roof is open and closed. Particularly when the roof is raised, ridge lines in the uneven surface tend to give an unrefined impression. That’s why, for the LC Convertible’s design, we put maximum effort into realising the same beautiful roof line as the coupe.”

The tonneau cover is the section at the rear of the car that covers the roof when it’s off. Lexus is right to say that many convertibles struggle here because it’s often a large, featureless section of the car.

To combat this, the Japanese manufacturer set the cover as low as possible, adding shaped accents, and a ducktail spoiler design to the rear end.

The convertible’s rear does have a large flat section not present on the coupe, which has a rear window that finishes closer to the rear end than is possible in the convertible. That said, the shaped edges help to break up what would otherwise be a rather large slab of bodywork.

Making a compact folding roof is difficult, and if you don’t manage it then the bodywork at the rear can look extra bulky to accommodate it. To avoid having to design chunky shoulder lines, Lexus added an extra fold in the soft top to make it fit between the rear suspension towers.

The addition of a soft top means buyers can choose from one of three colours – sand, black and marine – with the latter two available on all exterior body colours. Like on the LC Coupe, the lining of the A-pillar matches the roof lining, while special attention has been paid to the seat upholstery detailing.

A special edition colour scheme is being offered with a deep metallic blue matched with the blue Marine soft top, and a white and blue interior upholstery.