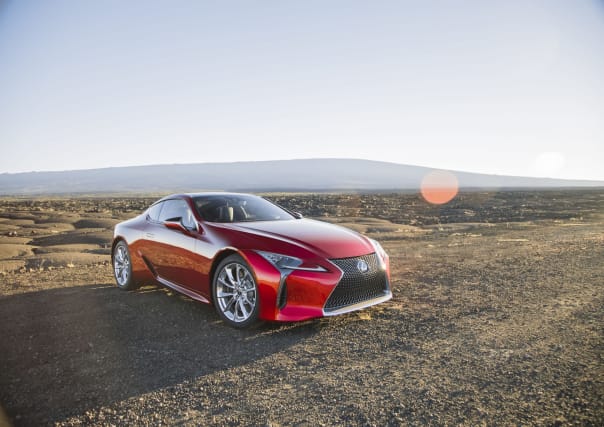 Lexus has given its flagship LC Coupe an update for the 2020 model year, making it lighter and more comfortable than before.

As well as this, it has upgraded the gearbox and infotainment system, as well as introducing new colours and alloy wheels.

The suspension has received the most comprehensive overhaul, with new parts contributing to the LC’s total weight dropping by 10kg. This has been achieved through the use of aluminium lower arms, hollowed-out anti-roll bars and a new high-strength material for the coil springs. Opt for the 21-inch alloy wheels, and they’re lighter, too.

The updated suspension has also been honed for a more comfortable ride, while the rear anti-roll bar’s rigidity was increased to improve turn-in.

Meanwhile, cornering stability has been improved with the addition of a new ‘active cornering assist’ function, which uses the brakes on the inner wheel of a turn to keep the front end from washing out.

Transmission upgrades include updated software in the V8 model that holds on to gears under everyday acceleration rather than shifting regularly, while the hybrid’s system is now more likely to shift to second than third out of a tight bend to improve acceleration.

On the outside, a new Blazing Carnelian colour is available, while the Terrane Khaki can now be chosen across the range, previously exclusively on the LC Limited Edition. Inside, a new Flare Red leather package replaces Dark Rose, while a new Manhattan Orange Alcantara option has been added.

The infotainment system now gets Android Auto and Apple CarPlay as standard.

The 2020 Lexus LC Coupe pricing will be revealed at the beginning of May, with the first customer deliveries due in July.