UK Drive: The Skoda Kamiq brings spaciousness and versatility to the crossover market 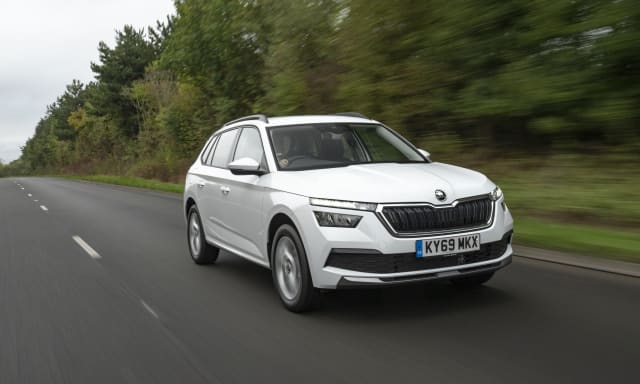 If you’re a fan of regular hatchbacks, and roll your eyes every time there is talk of an ‘all-new’ crossover, you’re not alone. However, if you have this mindset you’re in the minority, as buyers absolutely love them, and the choice has never been better if you’re in the market for one of these models.

There’s also now a new kid on the block – the Skoda Kamiq. It’s a car that should be rather good – given it’s the sibling product to the excellent Seat Arona, and is the junior to the Skoda Karoq and Kodiaq, which are two of the best crossovers and SUVs around. But can it live up to the expectation?

While this is an all-new model for Skoda, it’s a predictable affair inside and outside as the Kamiq shares plenty in common with other models in the range – notably the Scala hatchback. That means it features the latest in safety technology and also in connectivity, with the model available with an integrated eSIM, which grants access to a host of online services.

Elsewhere, it’s arguably got some of the boldest styling in the Skoda range, with the separate LED daytime running lights being slotted above the regular headlight, and also running into a prominent front grille.

The engine choice is quite plentiful with the Kamiq – particularly when it comes to petrol options. The choice is between a 1.0-litre unit available with 94bhp or 113bhp and a more powerful 148bhp 1.5-litre engine.

But powering our test car is a 1.6-litre diesel engine. It’s offered with either a six-speed manual transmission or, in the case of our car, a seven-speed DSG automatic.

This is the only diesel option, and produces 113bhp and 250Nm of torque, with 0-60mph arriving in 10 seconds, and maxed out it would reach a claimed top speed of 119mph. It’s the most efficient engine option – returning up to 53.3mpg (easily achievable, we saw higher on our test route) and having CO2 emissions of 112g/km.

For such a compact crossover, the Kamiq behaves behind the wheel like a much larger model – impressing with its refinement and comfort, with a supple suspension set up on our test car’s 17-inch alloy wheels.

It’s not a car that will be bought for fun – particularly in this diesel automatic configuration – but it has a sharp turn in and there’s limited body roll, and feels better to drive than many other models in this class.

However, unless an automatic gearbox is a must-have, we would recommend choosing the six-speed manual gearbox instead, as this DSG transmission can be slow to respond and could be smoother – particularly around town.

While the Kamiq is a bespoke model, it looks and feels like a raised hatchback, rather than a proper crossover. That’s because it lacks the chunky styling of models like the Volkswagen T-Cross – not featuring the typical black plastic cladding you usually find with these cars. The absence of ‘rugged’ styling might put off some buyers.

Elsewhere the styling is perhaps slightly more divisive than what’s typical of a Skoda, with the separated headlights and running lights giving the car a bolder look. While looks will always be subjective, we’re not fans of how the back looks. Its short rear overhang is at odds with the front, while how the boot of the car curves in gives the impression that it’s been involved in a light rear-end collision.

While Skoda might be the ‘budget’ brand in the Volkswagen Group umbrella, the Kamiq’s cabin feels far from that, with plenty of soft-touch plastics giving the model a higher-quality feel than you would expect from its least expensive crossover. If you choose a top-spec model, you’re also greeted by a whole bundle of technology – including a 9.2-inch touchscreen and digital dials.

But where it really impresses is on the spaciousness front – particularly in the rear, where there is enough room for even tall adults to sit comfortably. In typical Skoda ‘Simply Clever’ fashion, it’s also packed with useful touches – including baggage hooks, an umbrella for if you get caught out in the rain and underfloor storage. The 400-litre boot isn’t the largest in its class, though it offers more room than mid-size family hatchbacks such as the Ford Focus and Volkswagen Golf.

Prices start from £17,700 – pitching it as one of the pricier small crossovers, though it easily justifies its cost. An SE version will set you back a minimum of £19,135, and even with a couple of options, it still means you get a lot of car for under £20,000. Unless you do a lot of miles each year, we think it’s hard to justify spending the additional £2,000 spend for this diesel, though, over a similarly powerful petrol.

Skoda is a manufacturer that consistently produces some of the best affordable new cars on sale, and this new Kamiq is no exception. Despite being the smallest of the Czech firm’s crossovers, its impressive spaciousness, comfort and technology mean it will suit plenty of buyers that would usually be looking at much larger and expensive models.

Though this diesel DSG option tested here doesn’t show the Kamiq at its best, as it makes it both pricey and not especially smooth with the automatic gearbox. Instead, stick with a more affordable petrol option and you will have one of the best small crossovers on sale.