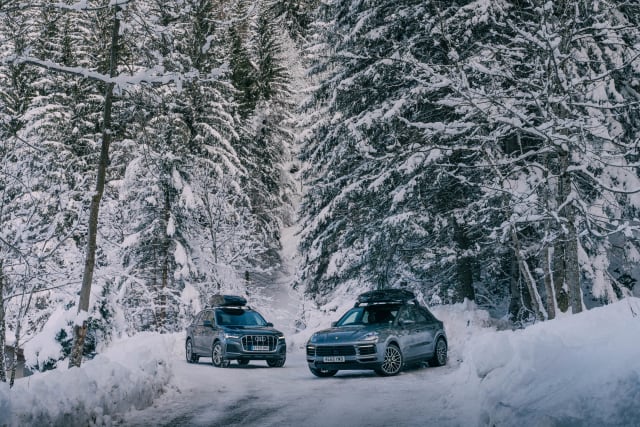 Note: This road trip happened before lockdowns were imposed across Europe.

The job of a motoring journalist looks glamorous. Check out our Instagram feeds and you’d think we spend every day flitting from one exotic location to the next, getting behind the wheel of cars most people could only dream of driving, and eating more complimentary canapes than you could shake a vol-au-vent at.

However, for every beachfront dinner there’s a weekend getting battered by driving rain in a secluded layby in Wales; for every sunkissed sports car launch there’s an afternoon spent nursing an anxiety headache as the feature you’ve spent weeks putting together falls apart in front of you. Storm Ciara, I’m looking at you.

So in the spirit of full disclosure – and the sense of adventure we’re all desperate to reignite while shut away in our homes to save the NHS – we thought today would be a great time to share a feature that would otherwise have never seen the light of day. (We also have a bunch of lovely photos that it seemed a shame to waste.)

The Geneva motor show is held every March and it’s considered one of the most important car shows of the year, with most manufacturers pitching a massive stand and revealing new models.

However, with the coronavirus pandemic beginning to take effect the Swiss government took the unprecedented step of effectively banning the show on February 28 with just a few days to go.

Being the biggest show of the year, journalists from across the globe attend. We’re no different, and this year half a dozen writers and videographers from our team would be driving down in two cars to cover it from every angle while enjoying a little skiing in the Alps, too. It would be rude not to, wouldn’t it?

There was some debate about cancelling the trip, but with the show being cancelled the day before we were due to leave, it was decided that we would go and enjoy the chalet while doing a little work and a little play. This was long before widespread lockdowns were even being considered, of course, and travel was in no way restricted.

The original plan was to take two SUVs to write a ‘twin test’, which involves pitting two competing cars against each other to decide which is better and tell consumers which we think they should buy. However, with car bookings in high demand around those dates, it was a nightmare pulling it together. In the end, we ended up with a Porsche Cayenne Coupe and an Audi Q7 – almost rivals but not quite.

Again, not typical comparisons for a twin test, so you can see why the feature ultimately never happened. But, thinking outside the box, we could at least compare the merits of each powertrain type for a road trip.

If you’re travelling long distances, get a diesel. You might have heard lots of negativity surrounding the fuel recently but these latest models are the cleanest ever emitting very low CO2, and are more economical than petrols.

And if you’re travelling long distances regularly, do not get a hybrid. Once the battery runs out you’re left with a thirsty petrol engine that’s tasked with carrying the dead weight of the batteries around, worsening fuel economy further.

However, once at our destination, driving around town on pure electric was delightful and makes taking such large vehicles into congested, heavily populated areas slightly less obnoxious. Keep the batteries topped up and only travel short distances, and your running costs will drop dramatically.

The Audi was more spacious in the back than the Porsche, but up front there’s not much to choose between them. The Porsche’s dashboard design looks fancier but the Audi has an understated quality few others can match. Both are packed full of tech.

Luggage space wasn’t an issue because both cars came fitted with a roof box, the Audi sporting a sleek branded version and the Porsche getting the Volvo-branded box normally fitted to the V60 we had in on long-term test. Both worked brilliantly, swallowing skiing and snowboarding gear without an issue, though the buffeting wind noise for prolonged stints at motorway speeds did begin to grate after a while. It also makes fuel economy worse.

The truth is, while these premium SUVs don’t make an obvious twin test, the result of running both for thousands of miles and through snowy terrain was that each of us fell for one or the other once the week was nearly over. Their differing charm proving why diversity in the industry is so important.

So this unconventional twin test comes to an end, halfway up a mountain in sub-zero conditions, with an unconventional outcome: There are no winners or losers, just differing opinions.

Perhaps the real winner here is the journalist who found a use for some otherwise forgotten photos, and a way to create some unique content while on lockdown.