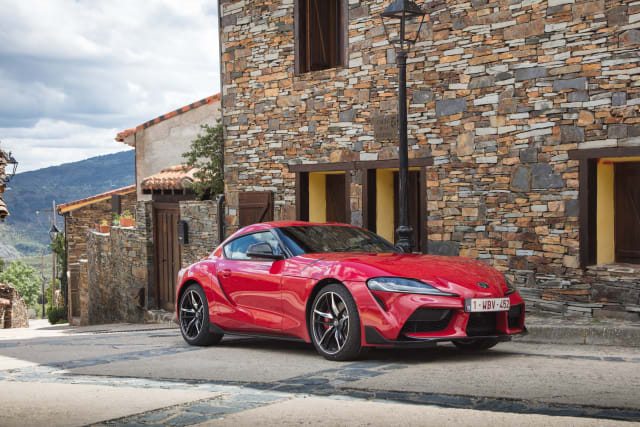 The sports car segment is one which has, historically, been fiercely fought. It’s no different today, with challengers from key manufacturers sparring with one another for performance supremacy.

These compact models are some of the best in the business for driver involvement, everyday usability and outright smiles-per-mile. Let’s take a look at some of the very best compact sports cars on sale today.

If you’re looking for driver involvement, then it’s little wonder that a Porsche product kicks off our list. The latest-generation Cayman may feature an opinion-dividing turbocharged ‘Boxer’ engine, but a supremely well-balanced chassis and spot-on handling make this a serious overall package.You could opt for the soft-top Boxster if you’re looking for wind-in-your-hair thrills, but in order to get the sharpest drive possible, we’d recommend the Cayman instead.

The retro-looking Alpine A110 has taken the motoring community by storm, with its classical design matched by a hugely communicative drive; it’s a car which feels naturally setup for the UK’s roads, with reasonably compliant suspension making it effortlessly quick.The cabin can’t quite match the Cayman when it comes to outright quality, but if you’re looking for a car with character than the A110 will likely tick the box.

BMW’s latest-generation Z4 has arrived sharper, meaner and more powerful than before. A range-topping Z4 M40i packs a sledgehammer 3.0-litre turbocharged straight-six, giving the Z4 genuinely breathtaking performance.And whereas there’s the option of the soft-top Boxster in Porsche’s range of sports cars, the Z4 is a convertible only – but it seems to only enhance the car’s appeal.

But if you did want a coupe version of the Z4, then the Supra could well top your list. Built in partnership with BMW, the latest Supra shares much of the Z4’s underpinnings and engine so you still get plenty of performance.A silky-smooth road car, it’s a fitting return for the iconic Supra name – even if it has had a bit of help from BMW.

Yes, it’s another BMW – but the M2 Competition is so sublime that we couldn’t leave it off this list. Building on the reputation of the standard M2, the Competiton delivers an even more exciting driving experience thanks to tweaked suspension and an engine lifted from its big-brother M3.It’s also an immensely useable car, with compact proportions which will be a hit with anyone who plans on driving their sports car each and every day.

What the plucky MX-5 lacks in outright firepower, it more than makes up for in terms of outright enjoyment. Balanced and immensely capable, this Mazda is a car which attracts buyers time and time again, lured in by its excellent reliability and reasonably affordable entry price.Maintenance isn’t as bad as others on this list too, meaning there’s more reason to smile.

In contrast to the MX-5, the Audi TTRS with its immensely powerful 2.5-litre petrol engine is more of a muscle car which has been put on a hot spin. The straight-line punch it offers puts many others on this list to shame, while quattro all-wheel-drive makes it near-unbeatable in tricky conditions too.It’s certainly more on the compact-side of things, mind you, and those who like to travel with a bit more luggage may want to look elsewhere.