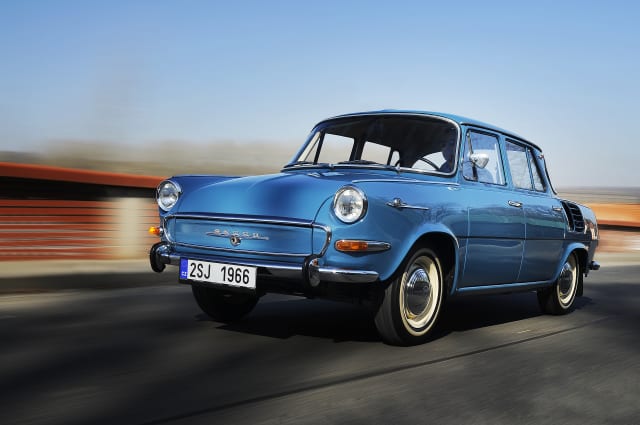 This year marks 125 years of Skoda, and in that time the Czech brand has undergone a radical transformation. Keen cyclists Václav Laurin and Václav Klement founded the company back in 1895 under the banner Laurin and Klement.

Initially, the duo started designing and building bicycles but before long decided to add a motor to the mix. Producing motorcycles from 1899, the pair began broadening their horizons soon after to the idea of a motor car – and that’s where things started really accelerating. Let’s take a look at some of Skoda’s highlights over the years.

The Voiturette A was one of Laurin and Klement’s first forays into the automotive world, and it was quite the success too. When the outbreak of the First World War arrived in 1914, the company started producing models for the armed forces too. Later on in 1925, the pair merged with engineering firm Skoda – and the company we know of today took shape.

The 110 was the first car to come as a result of the partnership between Laurin and Klement and Skoda. It was available as either a hard-top or soft-top, and a modular design meant that the passenger car could be changed into a two-seater flat-bed truck with little fuss.

Capable of reaching the heady heights of 50mph, the 420 Popular dragged Skoda out of the Great Depression and on to bigger and better things. Easily converted into a range of utility vehicles, a roadster version of the Popular was even used in the 1936 Monte Carlo rally.

The 440 was a car which evolved into a vehicle we’ll recognise by name today – the Octavia – which was so named because it was the firm’s eighth car to be produced after the end of the Second World War – it arrived in 1959.

Though the 440 evolved into the Octavia, it was the first Octavia estate which gained attention, having been first showcased at the International Engineering Fair in Brno, in 1960.

The 1000 MB replaced the Octavia – for the time being, at least – and arrived in 1964. By 1965, more than 1,000 of the 1.0-litre-powered cars were rolling off the production line each month. Soon, the company was making 150 cars a day, becoming the first Czech vehicle to be mass-produced.

Following the formation of the Czech Republic, the new government sought out a strong partner for Skoda and found one in Volkswagen. In December 1990 the joint venture began, with Skoda joining Volkswagen, Audi and Seat in the group.The first-generation Superb arrived in 2001, and shared its underpinnings with the Volkswagen Passat. It showed a marked change for Skoda, with boosted levels of quality and a wider range of engines too.

Right to the present day, we see Skoda exploring new segments, such as SUVs. The Kodiaq has taken the segment by storm, offering one of the most affordable ways into a seven-seater. It’s also packed with features and has a good variety of engines too.It sits alongside the Kamiq and Karoq in the firm’s latest SUV offerings and even features a performance-orientated vRS model.