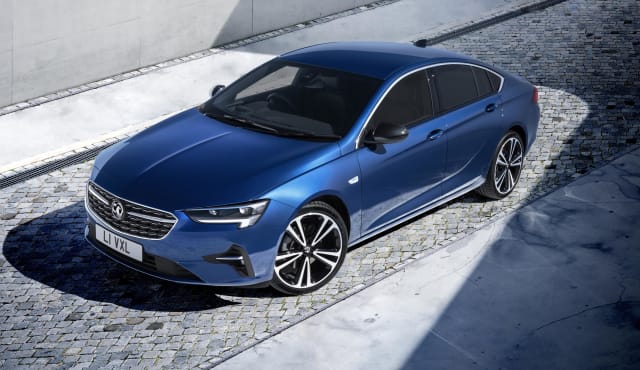 Vauxhall has revealed full pricing and specifications for its revised Insignia.

Refreshed for 2020, the new Insignia is now priced from £23,120, with even base models benefitting from a wealth of standard equipment. It arrives with a new set of powertrains and improved in-car technology.

Made up of three- and four-cylinder units, the range kicks off with a 1.4-litre petrol with 143bhp, as well as a 2.0-litre engine with either 187bhp or 237bhp – the latter figure is solely available on the all-wheel-drive GSi model.

A new 1.5-litre diesel unit is available too, having been introduced to the Astra last year, and it sits alongside a 172bhp 2.0-litre diesel unit. All diesel engines comply with the latest RDE2 emissions standards, which should result in cheaper company car tax for business users.

Standard equipment includes a seven-inch touchscreen with satellite navigation and Apple CarPlay and Android Auto, as well as cruise control and dual-zone climate control. LED headlights and parking sensors at both the front and rear are included among many other features.

SRi Nav, which is available from £24,620, brings a sportier exterior look and LED lighting while SRi VX-Line Nav – priced from £27,620 – adds a larger eight-inch infotainment system, Bose stereo and 20-inch alloy wheels. Ultimate Nav models get much the same equipment as the VX-Line, but incorporates a more subdued styling package.

The range is topped by the GSi, which adds ventilated front seats, its own unique styling package and four-wheel-drive. It does, however, command a premium with prices starting from £38,350.

The new Insignia is due to arrive in showrooms this summer.