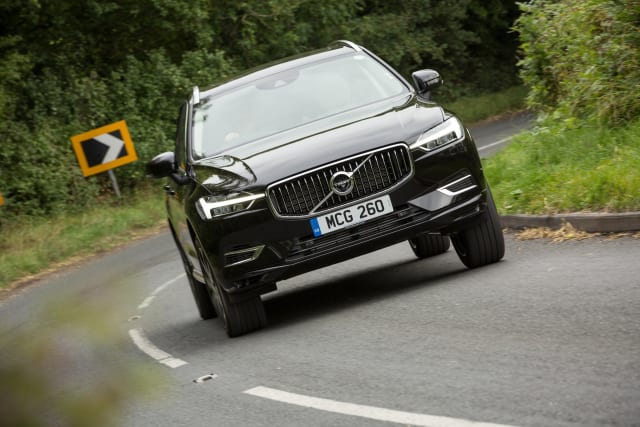 Volvo has introduced a new, more affordable plug-in hybrid powertrain to its line-up as the firm looks to give its customers more electrified derivatives.

Badged as the ‘T6’, the new option sits alongside the more powerful T8 plug-in hybrid on the V60 estate and XC60 SUV models, though is now the only petrol-electric version available with the larger V90 estate. The move widens the Swedish brand’s already compressive line-up of plug-in hybrid models, which have recently been renamed as ‘Recharge’ versions.

This T6 continues to use the 2.0-litre petrol unit found in the T8, but has been detuned by 50bhp – reducing the engine’s output to 250bhp. However, the electric motor and 11.6kWh battery tops that figure back up to 336bhp.

That reduction in power also means this T6 is more efficient than the T8 powertrain – making it able to return up to a claimed 156.7mpg in its cleanest guise in the V60, along with CO2 emissions of 41g/km. It also increases the zero-emissions range – meaning the V60, XC60 and V90 can now travel for up to 37 miles just on electricity.

The powertrain is also more affordable than the T8, with prices starting from £45,105 for a V60 T6, and £52,445 or £55,180 for the XC60 and V90 respectively. The setup could also be introduced to the S60 and S90 saloons in the future, too. These new T6 plug-in hybrid versions are available to order now, though first deliveries aren’t expected until the summer.

A Volvo spokesperson said the new powertrain has been introduced with the “intention to offer our customers even more choice when it comes to plug-in hybrid options”.

The firm is already the only mainstream manufacturer to have a petrol-electric version of each of its models – this recently being solidified with the introduction of a plug-in hybrid version of the compact XC40 crossover.

Volvo has previously announced that it wants 50 per cent of its new cars to be all-electric by 2025, with the aim of having one million electrified Volvos on the road by that date. Its first EV – the XC40 Recharge P8 was unveiled last year, and will arrive in the UK by the end of the year. From now on, a new all-electric Volvo will debut every 12 months.