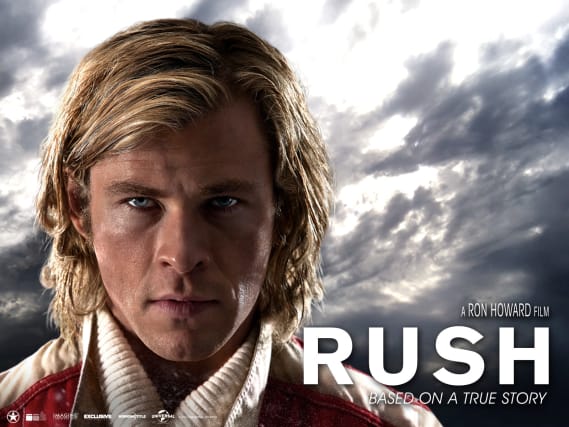 With most of the country stuck indoors as we all battle to protect the NHS and flatten the curve, finding good shows to stream has become a popular pastime.

Instead of wasting hours scrolling through menus in the hope of stumbling upon something good, we’ve collected together some of the best car-themed movies, shows and documentaries that are available to watch online.

In the Bernie Ecclestone era, new media was a swear word to Formula 1. However, its new owners embraced the modern world by plastering content all over social media and freeing drivers to become personalities in their own rights.

However, Liberty Media’s genius move was letting Netflix film a documentary series about the 2018 season. It received critical acclaim and pushed the sport back into the mainstream limelight. Season Two has just been released, which follows the 2019 season, and it’s packed full of the same beautiful cinematography, drama, and a little slice of comedy, too.

Head to any car race and you’ll see signs everywhere that say ‘Motorsport is Dangerous’. In 2015, during practice for the Indianapolis 500, driver James Hinchcliffe learned just how dangerous it can be, when he crashed and was pierced by a piece of suspension from his car.

This Amazon Prime TV documentary looks at the firefighter paramedic team that follows the Indy series from track to track helping drivers out of difficult and life-threatening situations. It talks to all those involved, including Hinchcliffe, who credits them with getting him out of the car ‘in one piece’.

Although they are currently a struggling Formula One team, the Williams name has been synonymous with motorsport success for decades. This hard-hitting but powerful documentary focuses on Sir Frank Williams, with much of it looking at the 1986 road accident that left him paralysed.

It’s not a light-hearted, easy watch, but it’s gripping from start to finish. Available to buy or rent on YouTube.

It’s been out for almost seven years now, but if you’ve not seen Rush, now is a great time to do it. Telling the 1970s story of British F1 driver James Hunt and Austrian Niki Lauda, it charts the two icons of their generation, with polar opposite attitudes to racing.

It culminates with the 1976 championship season in which Lauda nearly lost his life. Battling to come back early from devastating burns, he fights Hunt for the championship title until the final race. Head over to Netflix to see one of the greatest motorsport films of all time.

This documentary on Netflix is an inspirational tale of Willy T. Ribbs, the first black driver to compete in the Indy 500. Nicknamed ‘Uppity’ by engineers and other racers behind his back, he overcame death threats and sabotage to chase his motorsport dreams.

He became the first black driver to win a Trans-Am race, test a Formula One car, and race in the Indy 500. It has an incredible audience rating of 97 per cent on Rotten Tomatoes, too, which is high praise indeed.

Apex: The Story of the Hypercar

Another Netflix special, this documentary delves into the high-end world of the hypercar, where ludicrous performance figures are matched by ludicrous price tags.

If you’ve ever wondered what goes into making some of the most incredible pieces of machinery on Earth, this documentary will give you an insight, with special focus on vehicles such as the Bugatti Chiron, Porsche 918 Spyder and Koenigsegg One:1.

Classic car fans opting for new wheels instead of holidays