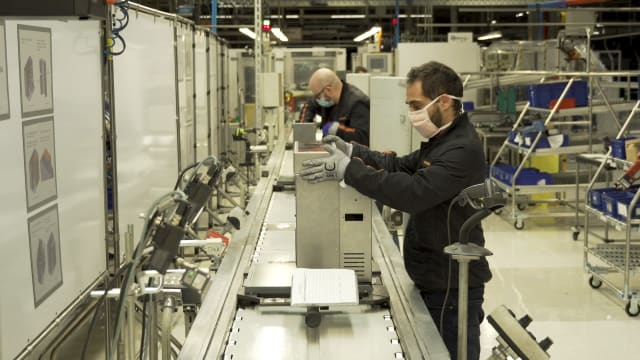 Seat’s Martorell factory has been converted to manufacture automated ventilators to aid in the fight against coronavirus.

Usually used to create the Leon hatchback, the site has been transformed thanks to a project that saw the collaboration of manufacturing employees and several charities and companies.

An engineering team initially created 13 different prototypes before a final model was agreed upon. That unit is currently undergoing final testing – conducted in collaboration with local healthcare authorities – in order to get approval for mass production.

“The motivation of everyone participating in this project is that with our know-how we can mass-produce equipment that will save lives”, explains Nicolás Mora from the production area of Seat Martorell.

The ventilator uses an adapted version of a windscreen wiper motor, as well as printed gears and gearbox shafts. In total, the units are made up of 80 electronic and mechanical components.

Some 150 employees from different areas will be brought together in the factory and will build the ventilators on an adapted version of their usual workstation.

Sergio Arreciado, part of Seat’s process engineering, said: “Taking an assembly line that manufactures subframes, a car part, and adapting it to make ventilators has been a lengthy, difficult job involving many areas of the company, and we managed to do it in the record time of one week”.