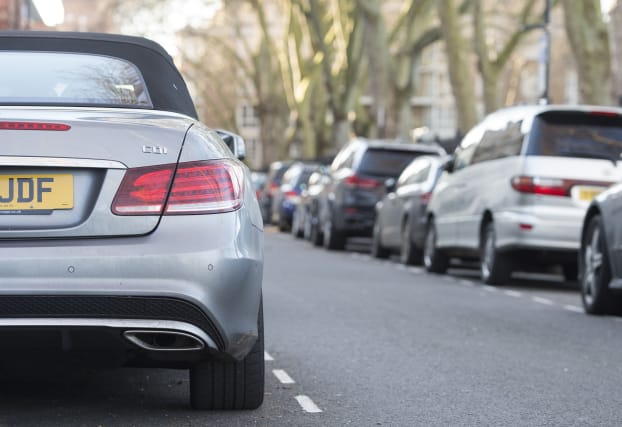 With the government currently calling on people to stay indoors whenever possible and only venture out for key reasons – such as to buy food, purchase medicine, treat or check on a vulnerable or elderly relative, or if you’re a key worker.

It means that many people will be sidelining their cars, opting to travel on foot when they need to instead. So, if you’re not going to be using your car for a little while, what are the best ways to ensure that it’s good to go when you do eventually return to it? Please ensure that while doing this, you’re following all government guidelines and social distancing measures.

It’s a good plan to go around your car and check its tyre pressures before leaving it alone for a while. It means that even if there’s a small drop in pressure over the time it’s parked up, it won’t mean that you’ll be unable to drive it when you return.

If you don’t know what the pressures are recommended, they’re usually found inside the filler cap or within the car’s handbook.

Look after your battery

The battery is one of the most crucial parts of a car’s setup. After all, a dead battery means a car won’t start. If you’re thinking of laying your car up for a little while, then there are some things you can do to preserve its life.

If you’re able to park the car on a driveway or in a garage, then a trickle charger is your best option. You need to be parked close to a power supply for this, as the device plugs into the mains and attaches to the battery, carefully feeding in energy to help keep it topped up.

There are solar versions too, though these aren’t quite as effective as the plug-in variety. If you’re leaving your car on the road, then we wouldn’t advise disconnecting the battery, as this also cuts off power to the alarm and immobiliser – and if a break-in occurred, this could result in your insurance being voided.

Should I run a car for a short period to keep the battery topped up?

Running your car for a short period can sometimes be a good way of giving your car’s battery a boost. This is mostly the case for petrol-powered vehicles, which require less energy to get going and tend to run more cleanly than others.

However, it’s not a great idea to run a diesel for just a small period. Diesel cars need to get up to a proper temperature in order to operate correctly. Not allowing it to warm up (as just a short run would do) means that there’s more chance that the car’s DPF (diesel particulate filter) could get clogged and cause more problems further down the line.

We’d advise above all else that getting a battery charger is the best plan of attack.

If you’re not able to buy a trickle charger – or don’t have somewhere to plug one in – then a jump start pack could be a good idea. You can simply plug it in at home to charge up – it’s similar to a powerbank – then, if your car fails to start, simply connect the two leads from the pack on to the car’s battery terminals. It provides an extra boost of electricity which should fire the engine into life.

Failing that, conventional jump leads could be a good idea – provided you have another running vehicle to use as a starter car.