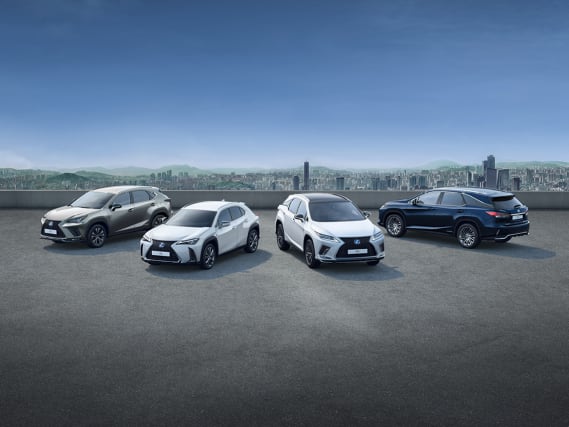 Lexus has now sold more than a quarter of a million hybrid SUVs, and says demand has been driven from the UK, where over 25 per cent of sales have come from.

Sales figures ticked over 250,000 at the end of February, representing cumulative sales of its hybrid SUV sales since the RX 400h entered production in 2005. It also includes the NX, on sale since 2014, and UX, which went on sale last year.

UK appetite has been strongest for the RX, which is now also available as a seven-seat RX L variant, with 35,825 (28 per cent) of Europe’s 127,203 sales across four generations.

However, UK buyer’s have been comparatively less interested in the firm’s current best-selling car, the UX. That model has sold 22,171 units in Europe, with just 4,184 (19 per cent) coming to the UK.

Along with sister company Toyota, Lexus has pushed ahead with petrol-electric hybrid technology, with all of its models available with this powertrain.

Alongside the firm’s SUVs, it also sells the IS, ES and LS saloons, RC and LC coupes, and CT hatchback. Despite Lexus’ focus on offering efficient, low-emissions hybrids, the coupes are both available with high-performance petrol V8 options.