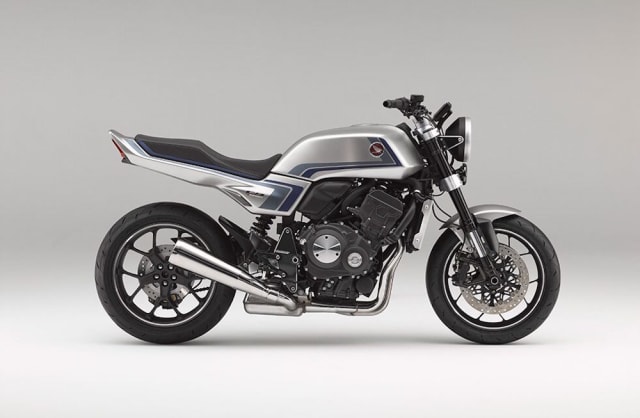 Honda has released a new concept motorcycle which takes design cues from the bikes of the 1980s.

The CB-F Concept draws inspiration from the CB900F of the early 80s, and was revealed online via Honda’s website. The bike had originally been penned to make its debut at the 36th Osaka Motorcycle Show and the 47th Tokyo Motorcycle Show, however both were cancelled as a result of the coronavirus pandemic.

Underneath the concept is based on the CB1000R, but has been given a cosmetic overhaul with a silver and blue colour scheme immediately standing out.

Despite the retro exterior, the concept remains a thoroughly modern bike under the skin. Powered by a 998cc water-cooled, four-stroke engine, it features an inverted front fork, single shock and a single-sided swingarm.

Though there are no plans for the CB-F Concept to enter production, it could give a hint towards what the next-generation CB1000R could look like.