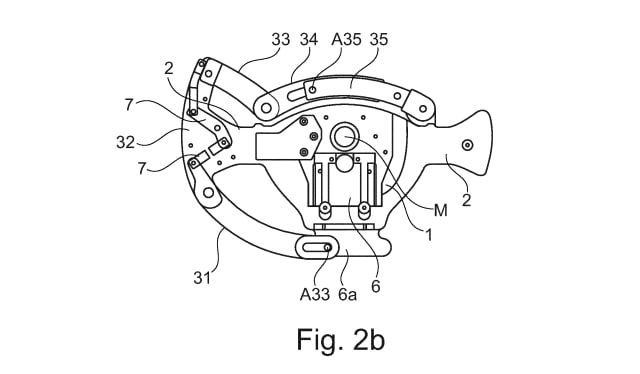 BMW is working on a technology that would allow its vehicles’ steering wheels to change shape.

The German car manufacturer has filed patents that would see the wheel shift from the traditional circular shape to an oval.

In the patent filings, uncovered by fan site BMWX2forum.com, the wheel rim is split into sections that can be folded and pivoted around each other to create the more compact shape.

The shape-shifting could be one way BMW imagines its driverless cars in the future. For example, the wheel is circular when a human is driving, but it collapses into this oval shape when artificial intelligence takes over to give occupants more space.

BMW’s Vision iNext concept, revealed in 2018, featured a square steering wheel that the firm said made it easier for drivers to switch between autonomous and human drive modes.

A Stanford University test found that drivers could react quicker when asked to take over in an emergency if the wheel could mechanically change shape, rather than being alerted by flashing LEDs.

In the patent description, it describes the pivoting wheel as ‘preferable for safety reasons’ because the parts that move can also be rigid. However, this is a work in progress design as it references the fact that the wheel becomes wider when it converts to an oval shape as a ‘disadvantage’.