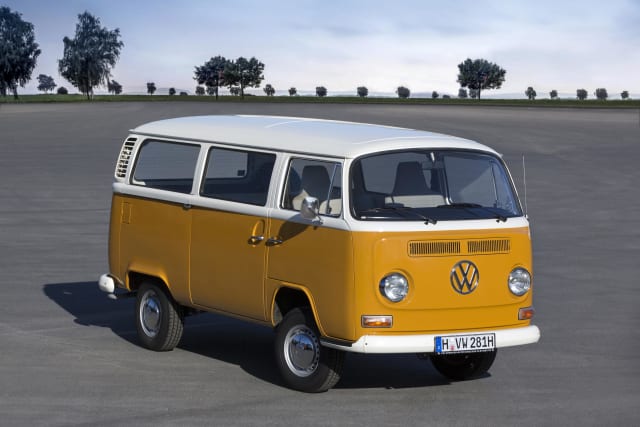 The Volkswagen Transporter holds the record for the world’s longest production for a commercial run as it celebrates 70 years since the first model was built.

It has seen many iterations since first entering the world in March 1950, and is perhaps best known for its cult classic camper configurations. However, it is now one of the best-selling vans on the market.

First introduced to the world as a van prototype in 1949, the first ‘T1’ production models were built between 1950 and 1957. Using a rear-mounted Beetle engine and gearbox, it was offered as a panel van, passenger van and eight-seat bus. In 1951, the iconic Samba model was revealed with all-round windows and a sunroof.

The T2 generation, built from 1967 to 1979, saw minor upgrades fitted across the range, with the pop-up roof camper van a particular hit with buyers. It was also well ahead of its time, with an all-electric version going on sale.

Between 1979 and 1992 the T3 was built with a wider body, more passenger and cargo space, and a diesel engine. In 1985 it was updated to include catalytic converters, turbochargers and all-wheel drive.

The first model to look similar to what we know the Transporter as today was the T4, introduced in 1990, being front-engined and front-wheel drive for the first time. From 2003 to 2015, the T5 was offered with improved interiors, a variety of petrol and diesel engines and all-wheel drive options.