Skoda lets the dogs out with its latest blue light conversion 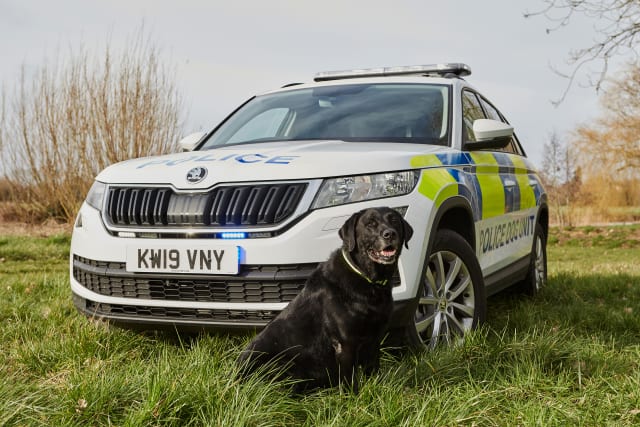 Skoda has revealed its latest blue light conversion, this time with police canine teams in mind.

A converted version of its Kodiaq SUV has seen an overhaul to fit the needs of police dogs, including the introduction of two air-conditioned kennels in the boot complete with temperature monitoring.

Built into these kennels is an escape hatch with drop glass, allowing for a quick exit from the vehicle for dogs if necessary. There’s also space in front of each unit to allow for storage of additional emergency equipment.

Additional changes to the Kodiaq in this guise include the fitment of police-required equipment such as its blue light system, as well as a ‘run lock’ system that allows the engine to run while the key is removed from the ignition. This is done to provide power to on-board equipment without the battery running flat.

Henry Williams, Skoda UK head of fleet, said: “We know police dogs play a pivotal role in an emergency service response; therefore, they need an environment that provides the appropriate level of safety and comfort to get them to and from an emergency. The versatile Kodiaq police dog vehicle has all of the necessary features to ensure police dogs are well looked after when going about their vital work.”

Skoda is now taking orders for canine-converted versions of its Kodiaq. Forces have the ability to choose from a range of engines, including two petrol and three diesel, as well as two- and four-wheel-drive options.