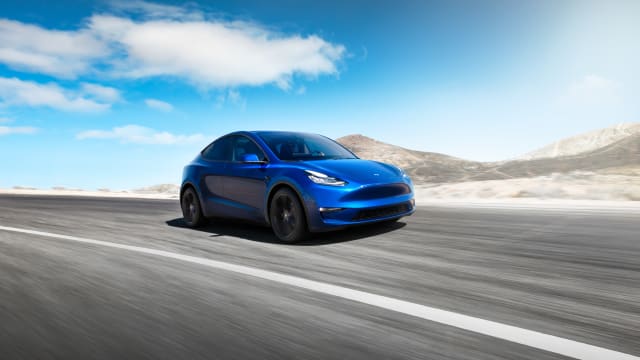 The small SUV is new to the firm’s line-up and is based on the hugely popular Model 3 saloon. It sits in a massive segment of the industry that only continues to grow, making this one of the most important cars in the electric vehicle manufacturer’s short life.

The news of production and deliveries beginning was revealed in a short promotional clip posted to Tesla’s official Twitter page, but local authorities could force building to be halted because of the coronavirus pandemic.

Tesla had claimed that it was defined as an ‘essential business’ under California’s ‘shelter in place’ order, which places tight restrictions on the movement of citizens, meaning staff across the business had to continue working.

This appears to mean that Tesla’s production facilities will be forced to stop building the new crossover, as well as other models in the range.

UK specifications and delivery dates are yet to be confirmed, but if American figures are indicative it will be similarly priced to the Model 3. That means prices should start around £40,000 for the entry level model, and rise to almost £60,000 for the long-range, high-performance variant.

The PA news agency has contacted Tesla for comment on whether production will continue.