Aston Martin Valkyrie photographed on the road for the first time 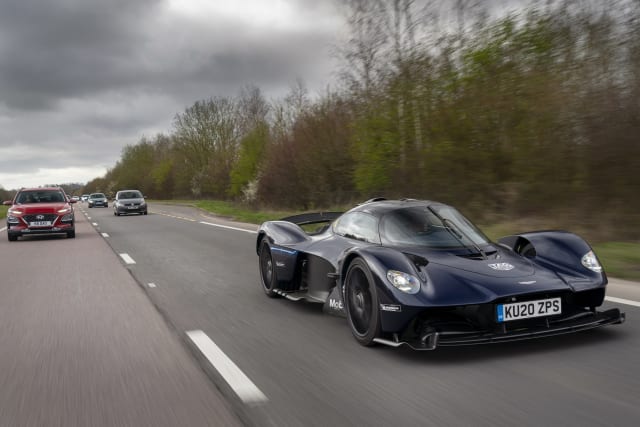 Until now, we’ve only been treated to photos and videos of the Valkyrie testing on track at Silverstone but, on the Northamptonshire roads near the circuit, the car’s extreme styling is even more evident.

The model is a limited-run hypercar that’s been built in conjunction with Red Bull Advanced Technologies and features a 6.5-litre naturally aspirated V12 engine built by Cosworth. The F1-inspired hybrid powertrain promises 1,160bhp and 900Nm of torque, with just 150 examples of the road-legal racer to be built.

The Valkyrie was meant to be one of the first vehicles to join the World Endurance Championship’s new Hypercar class, but the firm pulled out of the first year of racing after organisers signed off on new regulations.