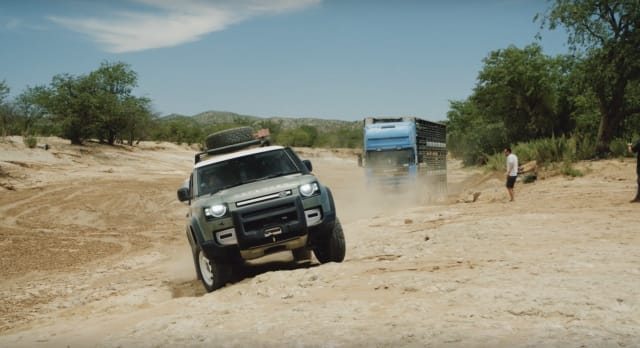 If ever there was any doubt that the new Land Rover Defender might lose some of its go-anywhere abilities in its attempts to appeal to more mainstream consumers, let this video put that to bed.

A crew of Land Rover staff were scouting out photography and video locations ahead of the international media launch of the new Defender in Namibia, when they spotted a local trucker who had become stuck in a dry river bed.

Video footage shows the team tying heavy duty towing rope to the back of two Defenders and pulling the truck free. The 4x4s make light work of pulling the heavy lorry to safety, despite the deep sand.

According to photographer and videographer Damian Blakemore, who uploaded the video to his Instagram profile, the Angolan driver had been stuck there for three days ‘miles from anywhere’ with no form of communication and barely enough to eat.