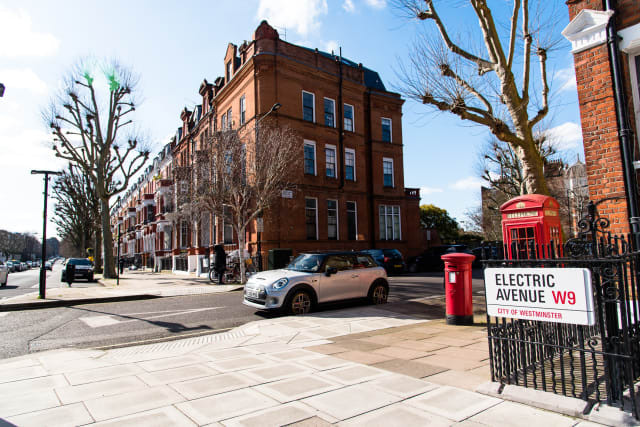 Technology experts Siemens have revealed what they call the UK’s first ‘electric avenue’.

Sutherland Avenue in Westminster, London, has seen the installation of 24 lamppost-mounted electric car charging points to give residents and visitors the ability to charge their cars while street parked. The firm has coined the road ‘Electric Avenue W9’.

Siemens says this is the first street of its kind in the UK and has plans to expand to adjoining roads over the coming weeks in a bid to improve the infrastructure further. However, it has not confirmed which streets these will be yet.

The project has been completed in collaboration with Westminster City Council, which has set itself a target of having a thousand charge points in 2020, and lamppost charging specialists Ubitricity.

Cedrik Neike, Siemens Smart Infrastructure chief executive, said: “We know that half of London’s air pollution is caused by road transport and Westminster is a particularly busy area.

“While we cannot solve the challenge of air quality overnight, ‘Electric Avenue W9’ is an important showcase of what’s possible using existing city infrastructure. It illustrates how residential streets will look in the near future and accelerates the shift to zero-emission vehicles.”