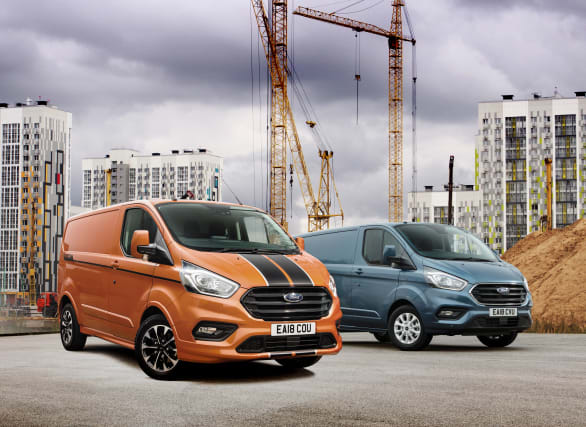 When your business involves carrying lots of large items around, there’s no other option than to buy a van. And while there are some great deals on the new market, dipping into the used scene means you can get way more for your money.

With that in mind, we’ve collected together some of the best used vans that are available for less than £15,000.

Ford’s go-to van is just as enticing on the used market as it is new. There are plenty of sizes and configurations, so if you need a little or a load of space you’re covered. It’s also available with a variety of different engines so you can find the most economical for your usage.

What’s more, with it being so popular, parts are available in abundance and repairs are relatively inexpensive, while its reputation for reliability is one of the best in the business.

The French firm’s large van often gets overlooked for models from more popular or premium brands – surprising given the popularity of the smaller Trafic – but the Master is a highly appealing package.

It has been optimised for motorway use so it’s ideal for those who travel long distances, both when it comes to passenger comfort as well as running costs and has a frankly massive storage space.

Another ever-present in a ‘best vans’ list is the Sprinter, which has earned a reputation as one of the most versatile vans on the market. It can be found with everything from a traditional panel van to a tipper.

Couple this with the excellent build quality that’s associated with the German firm and a range of economical engines and it’s easy to see why the Sprinter is so well-loved by commercial drivers.

The Transporter is a good-looking van, and it’s this – coupled with its spiritual link to VW Camper models of old – that has won it fans both in the commercial and private sectors.

For those who want practicality, the Transporter is a decently spacious mid-sized van that’s also available as a shuttle vehicle. Volkswagen also plays on its style, meaning it can be specified with sporty-looking trim, and these are common to find in the used marketplace.

If you’re looking to buy British, the Vivaro means you can show national pride without having to compromise on quality. It’s built to stand up to a tough working life with a rugged interior and a range of uninspiring but frugal engines.

Its styling is imposing too, with large headlights and a large grille making it unmistakable out on the road.

On the other end of the size scale is the likeable Berlingo, which is the most car-like van here. While it can’t match the bigger vans on size, it still offers a decent load bay for companies that have smaller equipment.

What’s more, because it’s based on car underpinnings, it’s better to drive than most of the vans in this list, as well as being more economical. If you don’t need acres of space, give the Berlingo a shot.

The wildcard in this list is the e-NV200 – the ‘e’ stands for electric. No, this small van has no petrol or diesel engine, instead running off the same battery and electric motor combination you’ll find in the popular Nissan Leaf family car.

It’s not hugely powerful and doesn’t have massive range – especially once loaded up – but if all your journeys are in the local community and you have the facility to recharge it regularly, this left-field choice could make huge savings for your business.