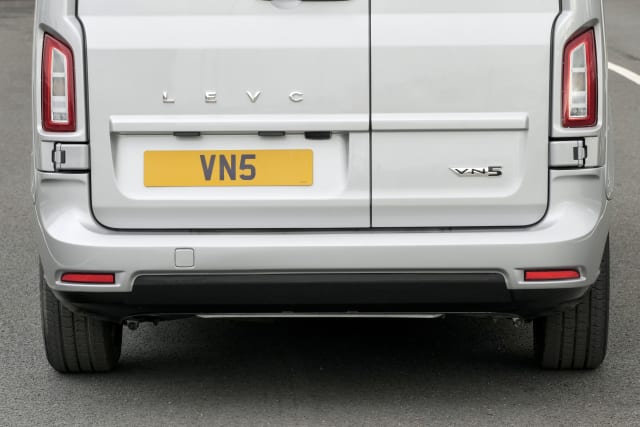 LEVC has confirmed its upcoming range-extended van will be named VN5.

Set to arrive on the market in the fourth quarter of 2020, the VN5 will be based on the TX black cab the British firm is best known for. As a result, it will utilise an electric motor backed by an internal combustion engine designed to offer charge on the go — resulting in an electric-only range of 62 miles between charges and a combined 301 miles with the petrol engine.

Its name is a simple one to explain. ‘VN’ stands for van with ‘5’ indicating the vehicle’s cargo area of 5m3. With that space, it’s also said the VN5 is capable of carrying two Euro-sized pallets with a gross payload of over 800kg.

Pricing for the van has yet to be confirmed, though LEVC has promised a ‘competitive cost of ownership’. It’s also said the VN5 will have 25,000-mile service intervals as well as being eligible for the government plug-in vehicle grant despite its fossil-fuel extender.