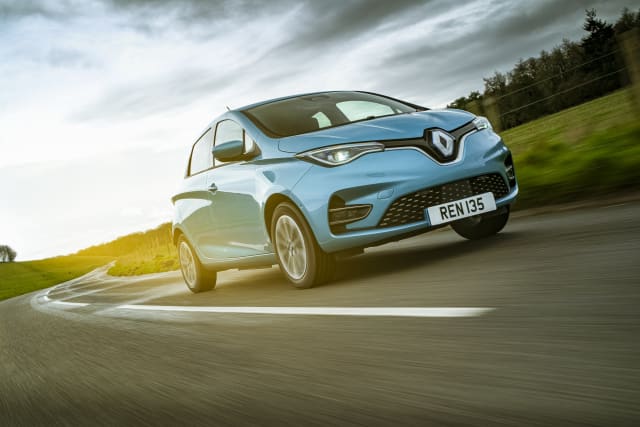 MG and Renault have both revealed new offers to match the outgoing government plug-in car grant, following confirmation the subsidiary has been cut.

Prior to March 12, buyers of a new electric vehicle were eligible for a £3,500 grant from the government off the list price of their car. However, it was confirmed by the Chancellor in Wednesday’s Budget that the figure would be cut to £3,000.

Though the saving has been reduced, it has been extended until the 2022/23 financial year — culling fears the grant would be scrapped altogether.

In response, Renault is offering £500 off the price of a new Zoe for orders placed before March 31 with MG independently matching that. It means buyers of the former can expect to pay from £24,670, and the latter £22,495.

Vincent Tourette, Renault UK managing director, said: “We welcome the longer-term stability of yesterday’s announcement and, in line with Renault’s vision of ‘Sustainable Mobility For All’, support the move to restrict the grant eligibility to more affordable vehicles that are most likely to have the largest effect on reducing overall environmental impact.

“In order to support customers who were considering a new electric car this month and had perhaps considered that they would be eligible for the £3,500 plug-in car grant, I am delighted to say that Renault UK will enhance its existing offers and maintain the former grant level until 31 March.”

Daniel Gregorious, MG head of sales and marketing, stated: “With the Government’s announcement that the Plug-in Car Grant is reduced from £3,500 to £3,000 from today, we wanted to be able to help our customers to switch to zero-emissions electric MGs without spending more money.

“We’re delighted to be able to top-up the grant back to £3,500 for the remainder of March. Since the launch of ZS EV in summer last year, our dealerships have been inundated by customers eager to get their hands on the first truly affordable, family-friendly electric car. With this top-up, we’ve maintained the exceptional value-for-money proposition that people expect from MG”.