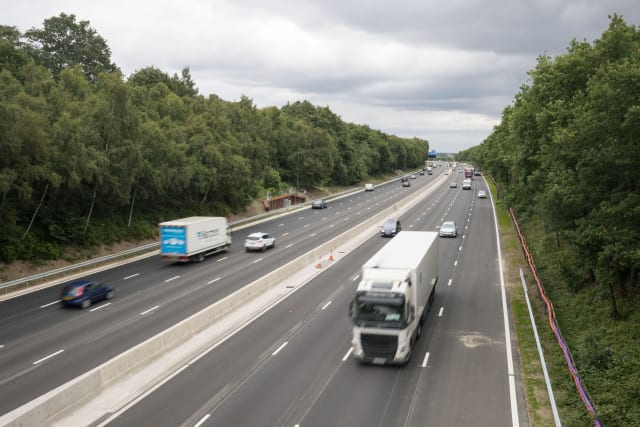 Measures include more places to stop in an emergency and faster roll-out of a radar-based system to detect broken down vehicles.

Mr Shapps published the findings of an “evidence stocktake” he commissioned in October 2019, which found that “in most ways” smart motorways are as safe or safer than conventional ones.

The report stated that the risk of a collision between moving vehicles is lower on smart motorways because technology is installed to smooth traffic flow.

But the chances of a crash involving a moving vehicle and a stationary vehicle is higher when the hard shoulder is removed.

Mr Shapps said: “I’ve been greatly concerned by a number of deaths on smart motorways, and moved by the accounts of families who’ve lost loved ones in these tragic incidents.

“I commissioned an urgent stocktake of smart motorways to provide a clearer picture of their safety and make recommendations on next steps. I envisaged it to be swift, but during the course of our investigations a complex picture emerged – which warranted further work.

“That work has now concluded and overall, evidence shows that in most ways smart motorways are as safe as or safer than conventional ones.

“But I am clear that there is more we can do to raise the bar on smart motorway safety.

“The extended package of measures I have set out will help rebuild public confidence in our motorway network and ensure that safety is firmly at the heart of the programme.”